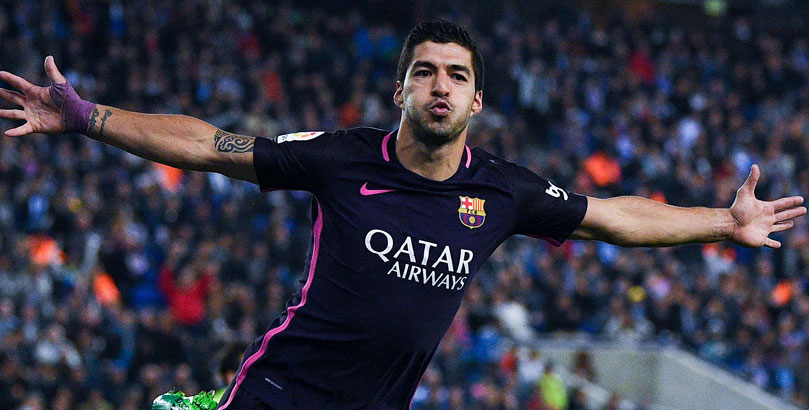 Barcelona get the chance to strike first again in this weekend’s LaLiga title race fixtures as they entertain Villarreal before Real Madrid travel to Granada.

Luis Enrique’s side had to rely on a stoppage-time equaliser from Lionel Messi when drawing 1-1 with the same opponents at El Madrigal back in January.

This time we are taking 11/10 for the hosts to prevail and both teams to score in our Barcelona vs Villarreal betting tips.

After a tight first period, Barcelona eventually cruised to a 3-0 victory over neighbours Espanyol last Saturday, with Luis Suarez justifying our support at 11/4 to open the scoring en route to bagging a brace.

The former Liverpool ace said: “We knew it would be difficult, these kind of games are complicated because there is a lot of tension, but we were able to stay calm and then our goal gave us peace of mind.”

With Real Madrid still level on points and having a game in hand, the Uruguay forward added: “We have to win games to keep pushing and we will see what happens at the end.”

Barca have secured three straight wins since bowing out of the Champions League and we like 14/5 they prevail 2-1, 3-1 or 4-1 here.

A Look At Villarreal’s Betting Odds

Fifth-placed Villarreal promise to be no pushovers, though, having triumphed in five of their last six matches as they chase a place in Europe next season.

Ex-Tottenham front man Roberto Soldado set them on the way to a 3-1 defeat of Sporting Gijon last time out before Cedric Bakambu hit double figures for the season in LaLiga with his brace.

The Yellow Submarines previously claimed victory at Atletico Madrid while they also drew 1-1 at Real Madrid earlier in the campaign, so travelling to big stadiums does not appear to faze them.

In five games against the top three this term, they have scored first on each occasion and it is 7/2 they achieve the same feat once more in the Barcelona vs Villarreal odds.