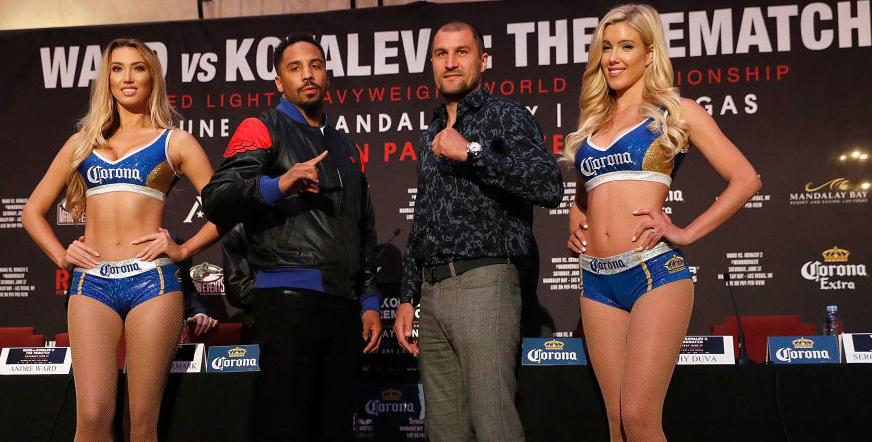 Andre Ward may have been a touch fortunate to prevail in his first fight with Sergey Kovalev but we’re still backing the American to come out on top again in this weekend’s rematch.

Looking at the Ward vs Kovalev 2 betting odds, we like 91/100 for the first-named boxer to repeat his points win.

The 33-year-old, nicknamed Son of God, recovered from a second-round knockdown to secure a 114-113 decision on all three scorecards seven months ago.

Many experts questioned the validity of that verdict as Kovalev tasted defeat for the first time and was forced to hand over his WBA, WBO and IBF light-heavyweight titles.

The 34-year-old Russian certainly showed he can hurt Ward with that short, sharp punch early on, but that was only the second time in a 31-fight pro career the skilful new champion had been floored.

Following that setback, Ward was able to work well behind his slick jab and put his superior speed to good use, with Kovalev rarely able to close him down.

That will be the gameplan again for the American and he is expected to be slightly sharper second time around, having fought only four times since an 18-month lay-off.

“I know he thinks he’s going to bully his way through, as he thought in the first fight, and I’m just not having it,” declared Ward.

“I don’t mind his anger or any of that. I welcome it. He’s gonna make mistakes and run into something.”

The technically-gifted Ward was simply outstanding during his super-middleweight days, accounting for elite-level performers such as Carl Froch, Arthur Abraham and Mikkel Kessler.

Other than walking on to that one cracker from ‘Krusher’ Kovalev, his reflexes still seemed in good shape in Las Vegas last November.

A slightly stronger work-rate would be welcomed at the Mandalay Bay this time, but Ward is still the one to be on in our book.

Kovalev hits hard and is a naturally bigger man, but the best names on his record are Nathan Cleverly and an aged Bernard Hopkins, so he still has to prove he belongs in this class.

The Russian is 5/4 to gain revenge, 11/4 to get the job done inside the distance and the same price to prevail on points, with a draw quoted at 18/1.

Poland U21 vs Slovakia U21: Hosts can shade open contest
Australia vs Germany: Socceroos to secure positive result
Author