Germany look a team worth taking on at the Confederations Cup and we’re backing Australia to avoid defeat against the World Cup winners in Sochi on Monday.

Joachim Low has opted to rest many of his established stars for this summer’s tournament and it may come just too soon for the next generation of Die Mannschaft internationals.

We’re kicking off our Australia vs Germany betting tips by taking 9/5 for the Socceroos to win or draw.

Australia have a proud history at this tournament, reaching the 1997 final and finishing third four years later, while they were only edged out 4-3 by Germany in 2005.

The Socceroos qualified via the 2015 Asian Cup, beating South Korea in the decider, and are unbeaten in their World Cup group following four wins and the same number of draws.

Losing 4-0 to Brazil wasn’t the ideal preparation but this is a team that plays with a positive attitude, with familiar names including Celtic midfielder Tom Rogic and ex-Everton ace Tim Cahill.

Head coach Ange Postecoglou has promised the Socceroos “won’t take any backwards steps” and we like 31/50 for over 2.5 goals from the Australia vs Germany odds.

Germany used the 2005 Confederations Cup to bring through the likes of Bastian Schweinsteiger and Lukas Podolski and Low is hoping to uncover some more future greats in Russia this summer.

Timo Werner has been hailed as “the hottest property in German football” after bagging 21 Bundesliga goals for Leipzig last season, while Bayer Leverkusen midfielder Julian Brandt is another 21-year-old with a big reputation.

There are some more experienced campaigners, such as PSG playmaker Julian Draxler, Arsenal defender Shkodran Mustafi and Barcelona keeper Marc-Andre ter Stegen, so Germany may still silence the doubters.

We’re having a saver on Werner to score the last goal of the game at 7/2 in our Australia vs Germany predictions. 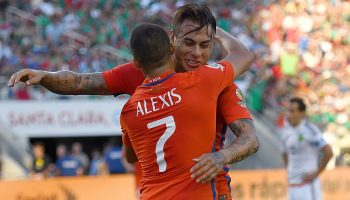