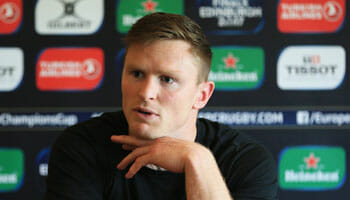 Saracens go into Saturday’s European Rugby Champions Cup decider as favourites to retain the trophy and we’re backing the holders to edge out Clermont Auvergne at Murrayfield.

Sarries got the better of another French side when beating Racing 92 by a score of 21-9 in Lyon 12 months ago whereas Clermont have lost their previous two final appearances.

Clermont emerged from a fairly kind group as the top seeds after securing five wins, finishing off the pool stage in style with a 48-26 home victory over Exeter Chiefs.

Toulon were routinely dispatched 29-9 in the quarter-finals and they then did enough in a dominant first-half display against Leinster to set up a 27-22 success in the semis.

It could be worth noting that man of the match Camille Lopez popped over a couple of drop goals against the Irish province, having also scored via that manner versus Toulon.

Punters can get 20/1 for the first scoring play in Edinburgh to be a Clermont drop goal.

Saracens were unbeaten in their six group matches, with just a 22-22 draw against the Scarlets in Wales spoiling an otherwise perfect record.

Just six tries were conceded in a pool which also included Sale and Toulon and the holders continued to show a ruthless streak in the knockout rounds.

Glasgow were beaten 38-13 at the last-eight stage after trailing 14-3 at the interval and Sarries made it 17 games without defeat in this competition when powering to a comprehensive 26-10 win over Munster at the Aviva Stadium in Dublin.

It’s hard to spot any weaknesses in Mark McCall’s side and we’re rounding off our European Rugby final betting predictions by going for Saracens to lead at half-time and full-time at 19/20.