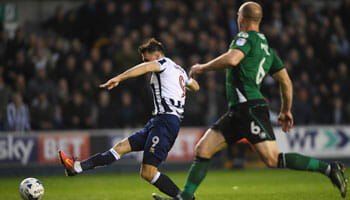 The last three meetings between Bradford and Millwall have all ended in a draw and we reckon extra-time will be needed to decide their League One play-off final clash at Wembley.

Both regular-season encounters finished 1-1, as did the second leg of their showdown in last year’s play-off semi-finals, so another tight tussle looks on the cards.

Looking at the League One play-off final odds, it is 11/5 for Bradford and Millwall to be on level terms at the end of normal time.

Bradford booked their trip to Wembley by grinding out a 1-0 aggregate win over Fleetwood, deservedly shading the home leg and then holding firm in a pretty dull affair in the return.

“We knew over two legs it would be really tight,” commented boss Stuart McCall. “It was the two second-best defensive records in the league behind Bolton.”

The Bantams had to settle for fifth place in the table due to too many home draws, being unbeaten at Valley Parade but dropping two points on 12 occasions, so everything points to this tie going down to the wire as well.

Let’s hope there is some goalmouth action at Wembley, though, and we’ll take 21/4 for a 1-1 stalemate.

Millwall may just go into this clash with a mental edge after beating Scunthorpe in the semis, with the Lions looking the better team in a goalless draw at The Den and then prevailing 3-2 away.

The London outfit did come out on top in last season’s play-off clash with Bradford thanks to a 3-1 success over City in Yorkshire before being denied promotion by Barnsley.

Millwall can also draw on the experience of some big FA Cup wins this term, claiming the Premier League scalps of Bournemouth, Watford and Leicester.

“It will be a tough game – Bradford are a good footballing side and they will rise to the occasion as well,” said manager Neil Harris.

“We’ve had two closely-fought games against them and I’m sure this will be another close encounter. Hopefully we’ll lean on our experience of last year to help get us through.”

Strikers Steve Morison and Lee Gregory eventually pummelled Scunthorpe into submission and we’re taking them to fire the Lions to promotion at 91/100 in our League One play-off final betting tips.