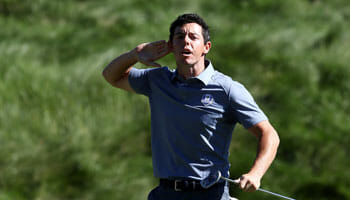 The big guns are out in force on the PGA Tour this week for the prestigious Players Championship, with 48 of the world’s top 50 in the field for the so-called “fifth major”.

World number one Dustin Johnson understandably leads the betting at 7/1 after narrowly missing out on a fourth straight win in the Wells Fargo Championship, his first event since missing the Masters with a back injury.

Johnson shot back-to-back rounds of 67 on the weekend at Eagle Point to finish just a shot behind winner Brian Harman but his form at Sawgrass does not make for pleasant reading, with last year’s tie for 28th his best finish in eight attempts.

An argument could be made that those results came before his maiden major title in the US Open kickstarted his brilliant run of form but taking such short odds against a very strong field does not offer much appeal.

Instead, the first of our Players Championship tips is the man behind Johnson in the world rankings, four-time major winner and newly married man Rory McIlroy.

McIlroy’s lack of competitive golf since finishing tied seventh in the Masters is a cause for concern but the 28-year-old is clearly in a good place off the course and is (predictably) bullish about his new TaylorMade clubs and ball, with the ball in particular an area he was keen to resolve after struggling with too much spin at Augusta.

After missing the cut in his first three visits to Sawgrass, McIlroy has finished eighth, sixth, eighth and 12th in the last four years and can be backed at 11/1 to fare even better this time around.

A player who already has a win at Sawgrass under his belt is our next choice, 2015 winner Rickie Fowler being available at 18/1. Fowler produced a sensational back-nine charge in the final round two years ago before beating Kevin Kisner and Sergio Garcia in a play-off and although he missed the cut in his title defence, rounds of 72 and 71 were hardly a disgrace.

Since winning the Honda Classic earlier this season, Fowler has not been outside the 16 in his four subsequent events and has a potentially beneficial early tee time on day one.

The same cannot be said of third selection Kevin Chappell but at 50/1 the recent winner of the Valero Texas Open can be backed to reproduce the form which saw him finish second behind Jason Day 12 months ago.

Finally, Sweden’s Jonas Blixt makes an interesting outsider at 150/1 in an event where he finished 19th last year after starting with two rounds of 67. Blixt faded in the tougher conditions over the weekend 12 months ago but comes into the week on the back of partnering Cameron Smith to victory in the Zurich Classic of New Orleans.