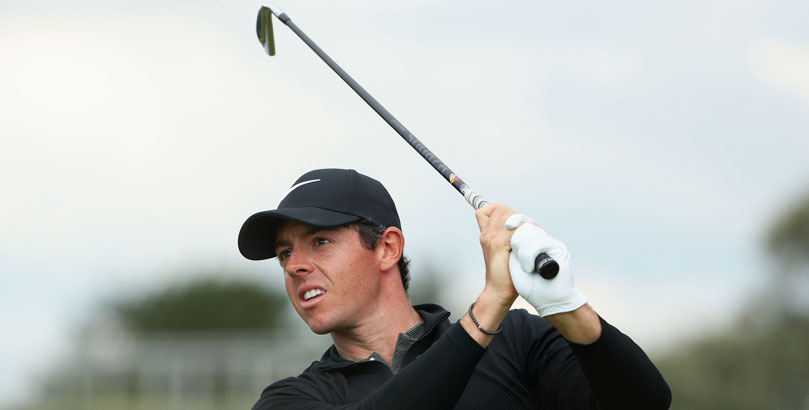 CLICK HERE! to bet on the WGC-Dell Technologies Match Play

The top 64 in the world rankings qualify for the £7.1million event, but Henrik Stenson, Rickie Fowler and Justin Rose have all opted not to compete for the second year running, while US Open champion Brooks Koepka is sidelined through injury.

Nevertheless, a high-quality field has assembled at Austin Country Club in Texas for the third time, with the 64 players split into 16 groups of four for the round-robin stages.

Group matches will be played on Wednesday, Thursday and Friday, with the winner of each group advancing to the last 16 on Saturday morning. The quarter-finals are on Saturday afternoon and the semi-finals and final held on Sunday.

The format was first introduced in 2015 and has produced a winner ranked either first or second in the world each year, with Rory McIlroy winning (albeit at Harding Park) three years ago, Jason Day in 2016 and Dustin Johnson 12 months ago.

And with the top-ranked players also having the advantage of being seeded, it makes sense to stay near the top of the market with our initial selections.

The case for McIlroy is obvious following his superb victory in the Arnold Palmer Invitational on Sunday, courtesy of a closing 64 at Bay Hill in which he putted as well as he did in winning two majors, a WGC event and the BMW PGA Championship in 2014.

McIlroy also reached the semi-finals in Austin in 2016 before losing by one hole to Day, while his chances last year were ruined by an opening defeat to Soren Kjeldsen and Gary Woodland’s withdrawal before their group contest.

The world number seven has also been handed a decent draw against Brian Harman, Jhonattan Vegas and Peter Uihlein and therefore can be backed at 8/1.

In the other half of the draw, defending champion Johnson also appears to be in a very winnable group against Kevin Kisner, Adam Hadwin and Bernd Wiesberger.

The 33-year-old became the first player to have won all four World Golf Championship events by beating Jon Rahm by one hole in last year’s final, having never trailed at any point in his seven matches.

And although he has been somewhat overshadowed by the re-emergence of Tiger Woods this season, Johnson’s form figures still read 1-9-2-16-7 and he makes our second selection at 9/1.

To give ourselves the best chance of finding a winner it makes sense to pick one player from each quarter, with England’s Tyrrell Hatton getting the nod at 40/1 in the quarter which also features Hideki Matsuyama and Jordan Spieth.

Hatton lost out in unfortunate circumstances last year when contesting a play-off with Rafa Cabrera Bello and Charles Howell, missing a birdie putt on the first play-off hole and then accidentally touching his ball as he prepared to tap in for par.

By failing to replace it before holing out Hatton was handed a two-shot penalty and therefore eliminated, but he has a 6-2 overall record in match play and is up against Charley Hoffman, Brendan Steele and Alexander Levy in his group.

And finally, Gary Woodland is worth chancing at 50/1 to enjoy a happier time than 12 months ago, when he withdrew due to a “personal family matter” having beaten Emiliano Grillo in his first group match.

Woodland has an overall record of 7-3 and was only denied the title in 2015 by an on-form McIlroy, who won their final clash 4&2.