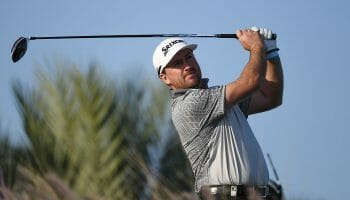 The PGA Tour makes its last stop of the season in Texas this week with the Dean and Deluca Invitational at Colonial Country Club.

The course is short by modern standards at 7,209 yards, although the two par-fives on the par-70 layout measure 565 and 635 yards, so length off the tee is not entirely negated.

Jordan Spieth birdied the final three holes to win in his home state last year, but the former world number one arrives in poor form after missing the cut in his last two starts.

The good news for Spieth fans is that the weekend off was reportedly put to good use by working with his coach Cameron McCormick, but at odds of 12/1 we’ll look elsewhere for more value.

Graeme McDowell could have opted to play in the BMW PGA Championship on the European Tour instead, but given his poor record at Wentworth it is no great surprise that he has plumped for Texas.

The former US Open champion has shown signs of getting back to his best recently and has missed just one cut this season, while the short course and potential for windy conditions make his Dean and DeLuca Invitational odds of 50/1 very appealing.

American Sean O’Hair has not been as consistent as McDowell, with three missed cuts in his 12 events this season, but the Texas native was fifth in last week’s AT&T Byron Nelson and can be backed at 66/1.

As one of the oldest venues on the PGA Tour, Colonial offers up plenty of course form to rely on and our final two selections have both performed well there in the past.

Two-time major winner Zach Johnson has finished outside the top 30 just once in 11 starts and won with a tournament-record score in 2010, while club member Ryan Palmer has finished in the top 15 in four of his last five appearances.

It is fair to say that Johnson is not in particularly scintillating form, but Palmer was sixth in the Valero Texas Open recently and that is reflected in respective odds of 40/1 and 33/1.