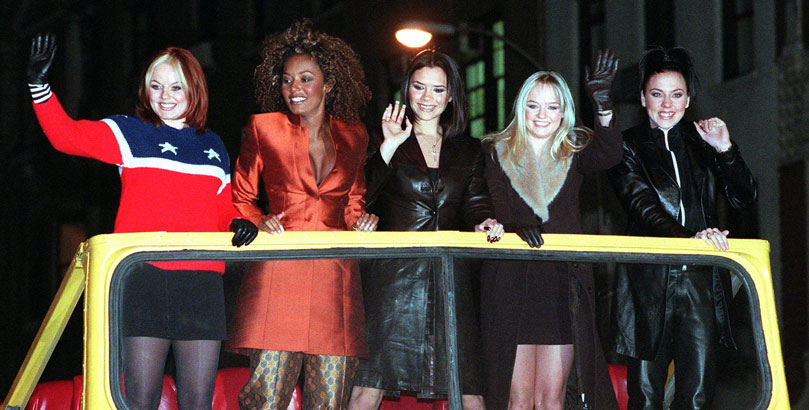 When the latest chart gets released this Friday evening we’ll know the identity of the UK’s 68th Christmas number one single since the charts were first compiled in 1952.

The way that music is purchased has changed repeatedly over this period – along with the tastes of the public – and we’ve combed through the patterns and trends in the data to predict who will be sitting at the top of the charts on Christmas Day this year.

The year 1996 marked a clear turning point in the era of Christmas charts, with the Spice Girls becoming the first artist to go straight in at number one on Christmas Day with a new entry.

Since then, almost three quarters of Christmas number ones have also been new entries and the days of a song inching its way to top spot over a period of weeks appear to be over.

If it’s not a new entry then it’s unlikely to be a song sitting below second spot in the top 40 at the moment, as nobody has ever risen from between third and 40th in the week leading up to Christmas.

It’s likely to be a male act

The Christmas number one is usually delivered in a male voice, with 46 of them having been recorded by a male solo artist or an all-male group, compared to just eight by a female solo or group act.

Sticking with our established turning point of 1996, just under half of acts who scored a Christmas number one before this date had topped the charts previously and over three quarters had got one of their earlier songs into the top 40.

However, since then only around a third of festive chart-topping artists have managed either beforehand, suggesting a recognised name is far less important to the music buying public.

Which of the 2019 contenders has the best chance?

Of the leading songs in the mix to be Christmas number one this year, D Double E appears to have the best chance: a male solo act without a previous top 40 hit and currently sitting outside the current top 40.

The current number one – Tones and I – also has a chance. Despite being a female solo artist, she currently occupies the number one spot and has also never reached the top 40 before.

Third in the running by our estimation is last year’s festive chart-topper LadBaby, as he also has the advantages of being male and not in the current top 40.