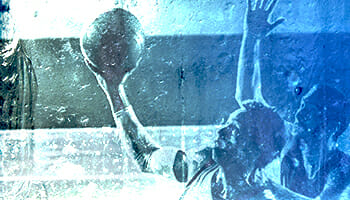 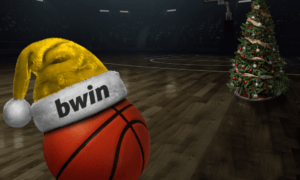 There is a tasty tradition in the NBA world. Christmas time doesn’t merely mean Santa Claus, wrapped gifts, and tree decorations, but also clashes between the strongest competitors. In the land where spectacle reigns supreme, it’s not surprising to find the NBA offering special surprises to its fans. That could mean the top-two in each Conference meeting each other in the court, a team facing their former superstar, or championship rivals sizing each other up early in the season.

Seems all too convenient, doesn’t it? Well, since all games on Christmas Day are televised, it’s natural the Association wants not only to pursue revenues by selling ad space and tickets, but for ESPN and ABC to see it as an opportune moment to increase their subscribers and record high ratings. That’s where these matchups on Christmas Day come from; and the reason why the teams with the most interesting storylines tend to meet on the court.

With Luka already included in the MVP conversation, Leonard safely leading the Clippers, the King and Davis blending well together, and Giannis being the same unstoppable force he was last season, the 2019 NBA season has been quite generous to its fans. To celebrate the near end of the mesmerizing first half of the season, let’s explore the NBA ghosts of Christmases past.

The Cavaliers had just ruined Golden State’s hopes for a 2nd championship in a row, coming back from a 3-1 in the NBA Finals. The Warriors wanted to retaliate and prove that they’re the better team. You may think that’s enough drama. And yet, the Cavs find themselves down 14 points in the 4th quarter. LeBron leads Cleveland to a comeback – despite Durant’s 36 – and Kyrie’s dagger with 3 seconds to go completes the turnaround for a 109-108 Warrior defeat. Not a particularly merry Christmas in Golden State that year.

In the summer of 2010, LeBron announces his decision to leave the Cavs for Miami in order to chase his 1st championship. A lethal trio was formed with Dwayne Wade and Chris Bosh. Miami and LeBron were hated across the league for forming this ‘’Big-3’’ that instantly changed the dynamics across both the East and the West.  The Heat struggled early in the season and the defending champions, Kobe Bryant’s Lakers, were supposed to show LeBron what it really takes to win a ring. And yet, the Heat dominated with an emphatic 96 – 80 victory with LeBron recording a triple double. Needless to say, LA was happy to see Dallas humiliating LeBron and co at the later NBA Finals.

Boston were the defending champions, and their Finals win was against the Lakers. Los Angeles took it personally – especially Kobe with 27 points – against Boston’s aging Big Three: Kevin Garnett, Paul Pierce, and Ray Allen. The blow from the 92-83 loss was quite big for Boston which then missed the Finals. Of course, Kobe didn’t mind and welcomed the chance to add a fourth ring to his collection.

Kobe and Shaq. A dramatic showdown between two former teammates. The duo had dominated the NBA for years and won a 3-peat (3 consecutive championships) together, but their cooperation was abruptly brought to an end. Some speculate it was Kobe that forced Shaquille out of the team. Who would guess the response of the 7-foot-1 juggernaut once on the court? Some were expecting hand-to-hand action, while others were looking for him to continuously bully defenders in the post. All that history resulted in a remarkable game in which the first shot attempt in the game – by Kobe Bryant – was blocked by Shaquille O’neal. From then on, the game had numerous ups and downs and was led to overtime. Not that it truly matters, but the Heat overcame the Lakers 104 – 102 despite Bryant’s 42 points. Perhaps this small win was a preview of the following season with the Heat claiming the 2016 NBA Championship.

It’s the 80s. NBA is becoming more popular and recognised around the world – mainly due to a man that seems to defy physics. Michael Jordan has started to become more popular by the day, but it was another player that stood out on that particular Christmas night. A young Patrick Ewing with a brave putback on the last seconds of the game sealed the win for the Knicks with 86 to 85. One could say Ewing lit a fire under Jordan and the Bulls that night. Although an 11-time All-Star, Patrick and the Knicks were constantly knocked out the playoffs for almost a decade by Jordan’s Bulls. Surely that Christmas remain a fond memory for the Knicks to look back to especially considering the disastrous last season.

This time round there’ll be five games on Christmas Day. Who knows – one of them may just end up on a similar list next year. Toronto welcomes Boston, and Philly challenges the Bucks at home; two games between the four teams most likely to meet in the semi-finals in the East. Houston looks to take revenge on Golden State – the pair have met in the playoffs in four of the last five years – and Denver will go against promising Zion and the Pelicans. The star on top of the tree is of course the game to decide the ‘’King of LA’’ at Staples Center with the Lakers and the Clippers meeting in the court in what could be a preview of the upcoming finals in the West.

Be present to NBA’s major moments with bwin’s social #NBaAllDay.