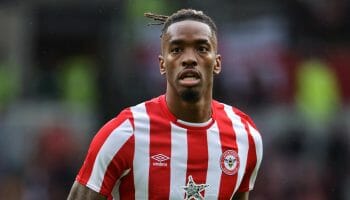 Vital Premier League points are on the line in the first top-flight clash between these two sides.

Wolves are chalked up as favourites following their first win of the season last weekend and they will be hoping to double their points tally at Molineux.

However, we wouldn’t be shocked if the two sides cancel each other out and the draw at 11/5 appeals as our first Wolves vs Brentford prediction.

A Look At Wolves’ Betting Odds

Victory over Watford last time would have been welcome relief for gaffer Bruno Lage, whose side failed to find the net in their opening three Premier League contests.

Murmurs of discontent had begun to circulate around Molineux following a trio of 1-0 defeats, but there is now optimism that last weekend’s 2-0 success can kick-start their season.

Having encountered the likes of Manchester United and Tottenham in the early weeks of the season the fixture list is beginning to relent and there was plenty of encouraging signs on display at Vicarage Road.

Hee-Chan Hwang marked his debut with a goal during the win over the Hornets and there could be plenty more to come from the South Korea international as the season progresses.

There have been no more than two goals in all eight of these two sides’ fixtures so far though and goals could be at a premium once again.

Therefore, a goalless first half at Wolves vs Brentford odds.

The Bees’ clash with Brighton was heading towards a goalless draw before Leandro Trossard popped up to break Brentford hearts in the dying seconds.

That was the first time Thomas Frank’s side have tasted defeat in the Premier League and they will be hoping to quickly bounce back.

Both of their away fixtures so far have ended in a draw, with Ivan Toney grabbing their solitary goal away from the Brentford Community Stadium.

Although starting the season admirably, it is fair to ask where the goals are going to come from, with Toney’s strike at Villa Park the London side’s only Premier League goal since their opening-night victory over Arsenal.

If Brentford are to have success in front of goal it is likely to come via the talismanic Toney once again and our final Wolves vs Brentford prediction is for the 25-year-old to score anytime at 21/10.