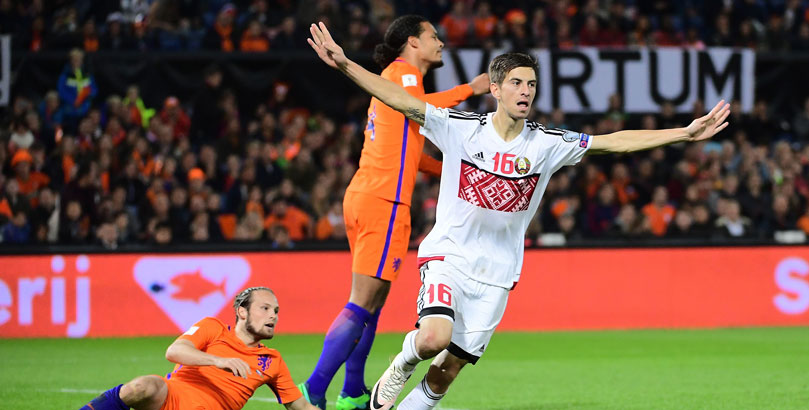 Dinamo Minsk have the opportunity to heap more misery on Smolevichi when the teams go head-to-head on Friday.

Smolevichi have yet to win in five matches since securing promotion back to the top flight.

That winless run is expected to continue with an away victory at 91/100 our initial Smolevichi vs Dinamo Minsk prediction.

A Look At Smolevichi’s Betting Odds

Smolevichi’s struggles to find that elusive win since promotion are down to a lack of goals.

Aleksandr Brazevich’s side are second bottom after scoring only twice in five games.

Both goals came in 1-1 draws on the road, against champions Dinamo Brest and bottom-placed Belshina, with blanks in back-to-back 1-0 defeats and a goalless stalemate.

They are unbeaten in their last two matches, but failing to score at home this season paired with their impressive defensive record suggests goals will be at a premium at the Ozyorny Stadium.

Smolevichi conceded only 15 times in 28 matches last season as they finished second in the Belarus First League, while Dinamo Minsk’s last three games have seen both teams fail to score.

That makes under 1.5 goals at 7/5 appealing in our Smolevichi vs Dinamo Minsk odds.

Dinamo Minsk have finished inside the top three in 15 out of last 20 seasons in the Vysshaya Liga.

But the seven-time champions were fourth last term – their lowest finish in eight years – and have had a disappointing start to this campaign.

Sergei Gurenko’s team have won two, both at home, and lost three of their five matches to leave them fifth bottom.

Dinamo Minsk have suffered defeats in both away games, but restored confidence with a 2-0 win over Neman Grodno in their last outing, and beat Smolevichi 2-0 in both meetings in 2018.

Dinamo Minsk also come on strong in the second half with four of their six goals arriving after the interval.

A draw at half-time followed by an away win at 18/5 is our last Smolevichi vs Dinamo Minsk prediction.