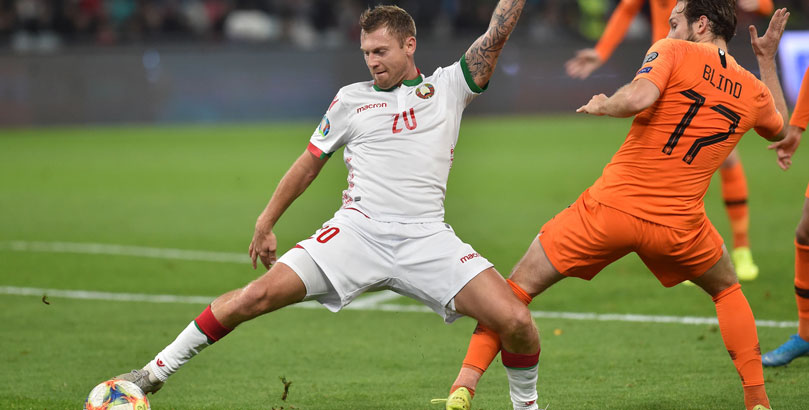 These two teams meet for the third time this season with both looking for a turnaround in their fortunes.

Sergey Kovalchuk’s side have won both encounters this term 2-0 and we are backing them to make it a hat-trick of triumphs, with 21/10 they win to nil our opening Dinamo Brest vs Shakhtyor prediction.

Dinamo Brest suffered another false dawn when going down 1-0 at Vitebsk last Saturday.

Victory over Shakhtyor in the cup and 3-1 win against Isloch – both at home – helped Brest bounce back from a surprise 2-1 home reverse to Slavia Mozyr.

But a second league loss – they only tasted defeat once in 2019 on their way to the title – saw them take another step back.

Their cause was not helped by the dismissals of Kiki Gabi (73) and Evgen Khacheridi (85) with Ion Nicolaescu rubbing salt into their wounds by netting an 87th-minute winner from the penalty spot for Vitebsk.

Surprisingly, Brest have failed to build on the foundations of a solid first half this season – in which they are yet to trail at the break – by going on to win just twice.

They have been behind at half-time just twice in their last 28 league games, winning 20 of them, and all four of their goals in both meetings with Shakhtyor this term came in the opening 45 minutes.

Taking into account the teams’ meetings this term, the home side to win both halves at 21/4 has plenty of appeal in the Dinamo Brest vs Shakhtyor odds.

Shakhtyor’s start to the 2020 season will have come as a huge surprise.

After ending last term in third place and winning the cup, one win from their opening five league games was certainly not in the script.

Adding in the defeat at Dinamo Brest in the cup earlier this month, Shakhtyor have gone four matches without a win.

They trailed 2-0 at half-time at home to Slutsk last Friday before Darko Bodul squandered a chance to pull a goal back when missing from the penalty spot, moments after the visitors had been reduced to 10 men.

Despite the numerical advantage, Shakhtyor only had a late consolation own goal to show for their efforts having had 24 attempts at goal compared to Slutsk’s eight.

While Dinamo are generally strong in the first half, it is an area where Shakhtyor have struggled this season with them yet to score a goal in the opening 45 minutes.

Indeed, the Miners have failed to score in five of their last seven meetings so we are going for another 2-0 win at 17/2 as our final Dinamo Brest vs Shakhtyor prediction.