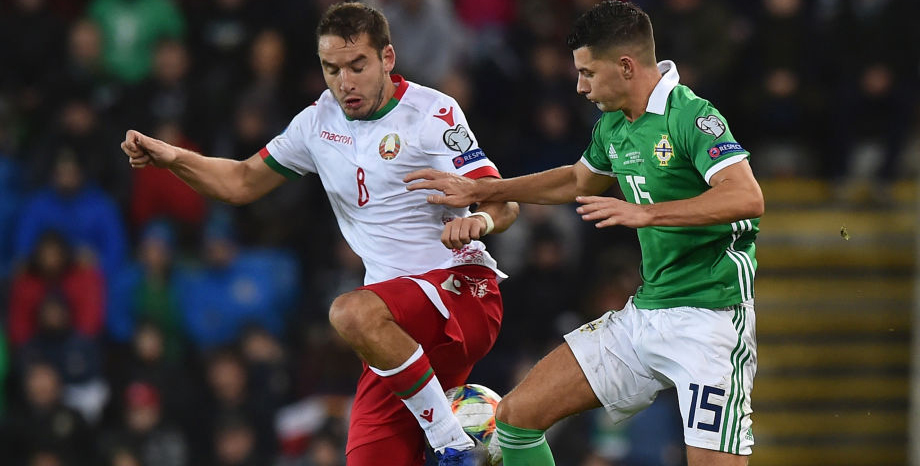 Dinamo Brest have had to endure a number of changes since claiming a first Vysshaya Liga title in Belarus last season but are still fancied to prevail at Slutsk.

The hosts started the new campaign with a nice win but have been a mid-table outfit for the past four years, since securing promotion to the top flight.

We’re taking 21/10 for the champions to win and both teams to score for our first Slutsk vs Dinamo Brest prediction, as happened in both meetings last term.

Slutsk were handed a decent opening fixture when entertaining Slavia Mozyr and took advantage by claiming a 3-1 victory.

Vitaliy Pavlov’s side fell behind on the half-hour mark, but equalised on the stroke of half-time via a Soslan Takulov penalty.

Artem Serdyuk then put Slutsk ahead on 73 minutes and gave his team some breathing space with a successful spot-kick not long after.

Serdyuk was the most high-profile capture from a series of close-season signings, with the 30-year-old having enjoyed a solid career with various clubs in Russia.

However, we can’t forget how Slutsk had a poor home record against the best teams in Belarus last term, losing to five of the top six in the table in front of their own fans.

All of those games featured over 2.5 goals, so 21/20 for an away win and more than that mark here stands out from the Slutsk vs Dinamo Brest odds.

Brest have had to cope with a number of comings and goings since landing their title triumph, plus a change of manager.

However, promoted chief Sergey Kovalchuk was a club stalwart on the pitch between 1996 and 2004 and has been part of the coaching set-up ever since hanging up his boots.

His task is to maintain the momentum of a stellar campaign which saw Brest lose only one of 30 Vysshaya Liga matches and remain unbeaten on the road, with 12 wins and three draws.

Having finished five points clear of BATE Borisov, Brest started this term by beating Shakhtyor 2-0 in the Belarus Super Cup.

Last week’s 1-1 home draw with Smolevichi was a shaky first league outing, with Gaby Junior Kiki having to level things up on 69 minutes after the visitors had taken a surprise lead a quarter of an hour earlier.

This squad features several players rated a cut above anything Slutsk has to offer, though, including new defender Yevhen Khacheridi, who has 51 international caps for Ukraine.

Oleksandr Noyok is another proven performer who marshals the midfield, while wingers Mikhail Gordeichuk and Pavel Savitski have both represented Belarus on a regular basis.

Let’s finish off our Slutsk vs Dinamo Brest betting tips by taking 15/2 for a 2-1 away victory.