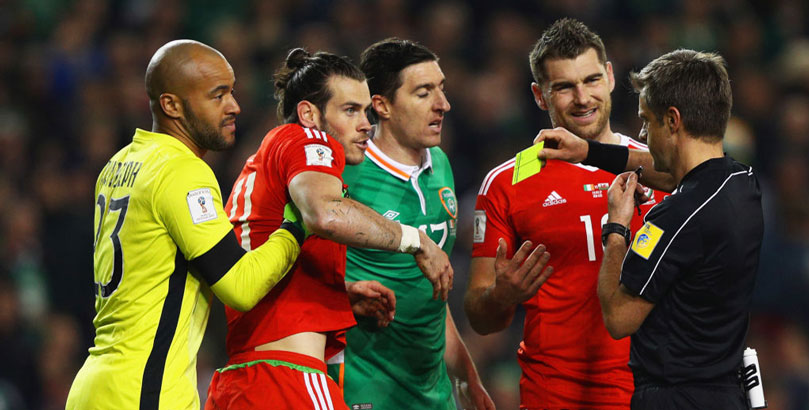 Wales face a tough test when travelling to Belgrade without Gareth Bale and we fear they may find Group D leaders Serbia just too strong in Sunday’s World Cup qualifier.

The Eagles finished strongly when drawing 1-1 in Cardiff in November and prevailed 6-1 when last hosting Wales back in 2012.

It should be much closer this time but we like 6/1 for a 2-0 home win in our Serbia vs Wales betting tips.

Serbia began their campaign by drawing 2-2 at home to the Republic of Ireland and currently share top spot with that team on 11 points, four clear of Wales.

Slavoljub Muslin’s side are an impressive outfit going forward and scored three times in each of their wins over Moldova, Austria and Georgia.

With Chelsea stalwart Branislav Ivanovic and Manchester City’s Aleksandar Kolarov capable of playing out from the back, they have Southampton playmaker Dusan Tadic alongside Nemanja Matic in midfield and Newcastle striker Aleksandar Mitrovic up front.

Tadic has a fine scoring record in this tournament and takes the eye at 5/2 to net at anytime in the Serbia vs Wales odds.

Wales looked set to maintain the momentum of their Euro 2016 heroics when starting out with a 4-0 defeat of Moldova, with Bale bagging a brace in that game.

However, Chris Coleman has since been left frustrated by four straight draws, with Wales leading in three of those games before a goalless stalemate with Ireland.

Bale’s suspension for this fixture will not help end that winless run, with the Real Madrid winger having been directly involved in five of his country’s seven Group D goals, via four strikes and an assist.

A home win to nil is 29/20 and completes our Serbia vs Wales predictions.