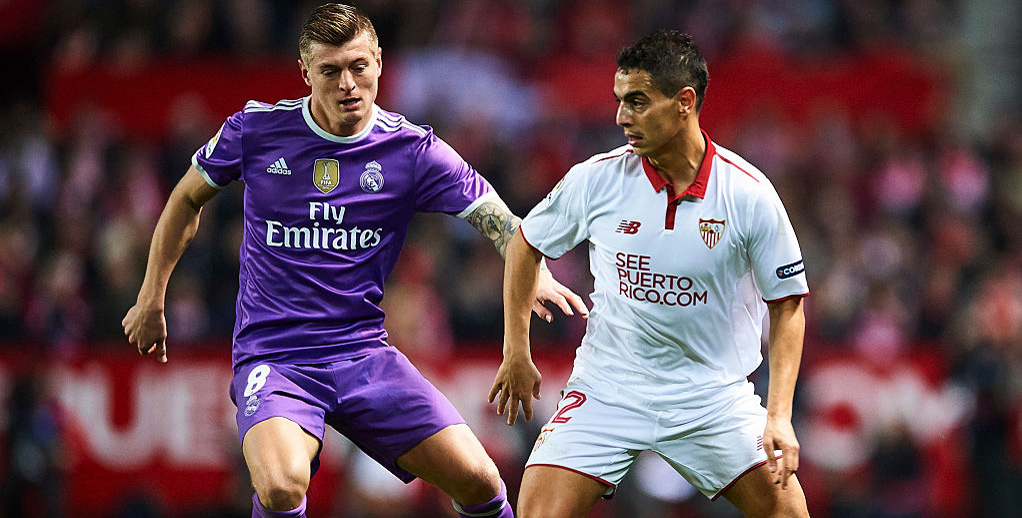 Real Madrid have little time to celebrate reaching the Champions League final before continuing their LaLiga title push by entertaining Sevilla on Sunday.

The Whites have just three domestic matches left to play and can ill-afford any slip-ups at this stage, with Barcelona still challenging them for top honours.

Real Madrid had to survive a scare when going 2-0 down early on in the second leg of their Champions League semi-final against neighbours Atletico, before Isco’s away goal put them back in control.

That made it 61 straight matches in which Real have hit the back of the net at least once, equalling the record set by Bayern Munich three years ago.

Zinedine Zidane was quick to turn his thoughts back to LaLiga, though, stating: “We’ve still got three important league games left and then we’ll start thinking about the final. We’re all happy, but we haven’t won anything yet.”

Zidane may make a few changes, but Alvaro Morata impressed with a double when coming in for last Saturday’s 4-0 win at Granada, so he gets the nod at 4/1 to score first in our Real Madrid vs Sevilla betting tips.

Sevilla have gone from title contenders to holding on for fourth place, mainly due to a poor run of results away from home.

As well as going down 2-0 at Leicester to crash out of Europe, Los Rojiblancos have failed to win on any of their last five road trips in this competition.

That sequence includes a 3-1 loss at Atletico, a 3-0 defeat at Barcelona and a 4-2 reversal against Malaga, while Sevilla also only drew at home to Real Sociedad last time out.

A scorecast of Morata to break the deadlock and Real to prevail 3-1 is available at 20/1.

Middlesbrough vs Southampton: Saints to prove cut above
Champions League Now and Then
Author