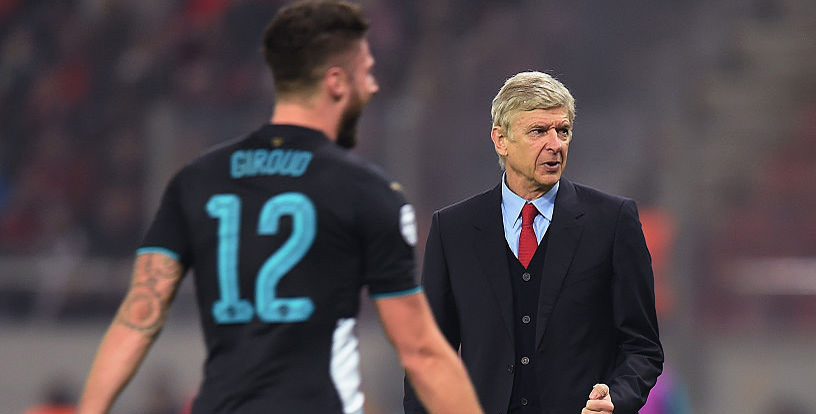 Arsene Wenger is juggling plenty of balls at the moment, but a record of three FA Cup wins in four years for Arsenal suggests he is unlikely to take Sunday’s trip to Nottingham Forest lightly.

This game comes in between Premier League and EFL Cup semi-final meetings with Chelsea, but we feel the Gunners have the strength in depth to cope.

Getting off to a fast start would benefit the visitors, who get the nod at 13/10 to lead at half-time and full-time in our Nottingham Forest vs Arsenal betting predictions.

Forest received a welcome fillip when holding out for a goalless draw at Leeds on New Year’s Day under caretaker boss Gary Brazil.

However, Leeds did hit the crossbar, have another effort cleared off the line and forced two fine saves from Jordan Smith, so we’re not getting carried away with that result.

Mark Warburton had previously paid the price for a run of three defeats in four games, including home losses to Sheffield Wednesday and Sunderland without scoring a goal.

In fact, the Reds have been beaten 14 times in 26 Championship fixtures this season, with six of those reversals coming at the City Ground.

Looking at the Nottingham Forest vs Arsenal odds, we’re going with 7/4 for the Gunners to dominate possession and win to nil.

Wenger has successfully rotated his squad to make good progress in both the Europa League and the EFL Cup this season, so any fresh faces brought in here should be up to speed.

Theo Walcott and Danny Welbeck came on as late substitutes in midweek, while Alex Iwobi, Per Mertesacker and Francis Coquelin were left on the bench, so these are ideal candidates for Wenger to call on.

The Gunners have kept three clean sheets in four EFL Cup matches when making changes and three more in the Europa League. We also haven’t forgotten that they romped to a 4-0 victory at this venue in the EFL Cup last term!

This may be a bit tighter, but we like 15/2 for a 2-0 success for our Nottingham Forest vs Arsenal betting tips.

Newport vs Leeds: United can confirm superiority over County
Tottenham vs Wimbledon: Fringe players to fire Spurs through
Author