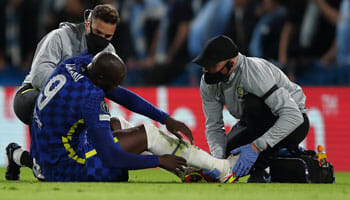 Leaders Chelsea are expected to overcome the loss of Romelu Lukaku and Timo Werner in their top-versus-bottom battle against Norwich at Stamford Bridge.

The Blues have posted back-to-back Premier League victories over Southampton and Brentford while Norwich remain winless and on just two points from their opening eight games.

Given the Canaries’ struggles in front of goal, a home win to nil at 7/10 is our opening Chelsea vs Norwich prediction.

Boss Thomas Tuchel confirmed Lukaku (ankle) and Werner (hamstring) will be sidelined in the coming weeks after sustaining injuries in Wednesday’s Champions League win over Malmo.

He laid down the gauntlet to Kai Havertz and Callum Hudson-Odoi to fill the boots of the strike duo.

Hudson-Odoi set up Havertz’s goal as the duo linked up well in smart cameos against Malmo and Tuchel said: “We need goals to win matches and we want to find solutions without Romelu and Timo, that’s clear.”

Chelsea were thankful to goalkeeper Edouard Mendy after he pulled off a string of stunning saves in a nervy 1-0 win at Brentford last Saturday.

After Ben Chilwell’s strike had put the Blues in front, the Senegal stopper’s inspired showing secured the points.

The Blues have scored three times in three of their four home league games but looking at the 6/5 for there to be under 2.5 goals in this one.

As well as the absence of Lukaku and Werner, Christian Pulisic remains sidelined with a troublesome ankle complaint of his own.

Struggling Norwich followed up their stalemate at Burnley before the international break with a second consecutive goalless draw against Brighton at Carrow Road.

But it could have been much better for the Canaries, with Josh Sargent failing to make the most of an open goal in the 44th minute and Teemu Pukki poking wide when through one on one in the second half.

Finding the back of the net in the top flight is again proving Norwich’s Achilles heel with just two being scored this season – both from Pukki, with one from the penalty spot.

Chelsea have only conceded three times, with two of them coming from the spot and the other a deflected winner for Manchester City.

This points to a route 2-0 home win at 19/4 which is our final Chelsea vs Norwich prediction.

Norwich will be without on-loan Chelsea midfielder Billy Gilmour, who is unable to face his parent club.

Mathias Normann is fit after being forced off during the closing stages against Brighton with cramps but Todd Cantwell is not yet in contention after his recent Achilles and ankle problems.