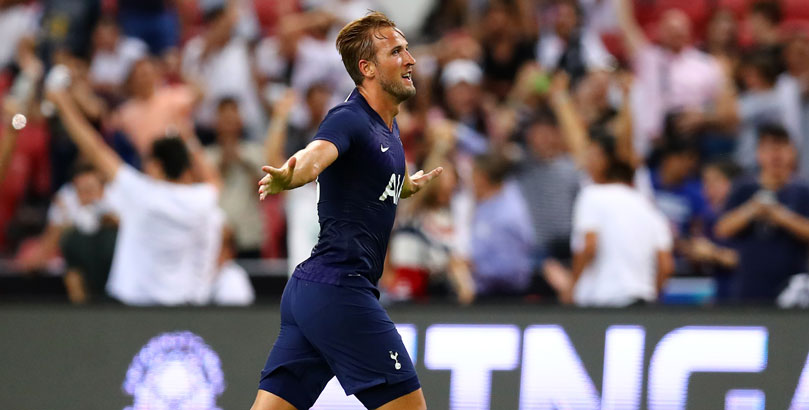 Tottenham posted a battling 2-2 draw at champions Manchester City as they continued their fine start to the new Premier League campaign.

The same cannot be said for Newcastle, who have suffered back-to-back defeats to Arsenal and promoted Norwich.

We like 11/20 for over 2.5 goals and that is our opening Tottenham vs Newcastle prediction.

Tottenham rode their luck as they became the first side to take a point at the Etihad Stadium in 2019.

Erik Lamela and Lucas Moura cancelled out goals from Raheem Sterling and Sergio Aguero before Gabriel Jesus had his late strike ruled out by VAR.

City fired in 30 shots at goal compared to just three from Tottenham, who have now taken four points from two games after beginning with a 3-1 victory over Aston Villa.

Goalkeeper Hugo Lloris made his 300th appearance for the club during Saturday’s draw and told the club website: “I was very pleased with the point.

“It’s important from the start of the season to have this mentality. Like we said before, if you cannot win, do not lose the game, especially in the type of game that could be decisive at the end of the season.

“There was a lot of intensity, but I thought we showed a lot of maturity. We stayed calm in the storm. They tried to get the third goal early in the second half, but then it’s about details. The result is a good signal to all the other challengers in the league and it has to help us get more confidence.

“We will be even stronger and sharper in the next few weeks so, if you see the context, we can be very pleased with that point.”

Mauricio Pochettino’s side will take much confidence from that result and, looking at the Tottenham vs Newcastle odds, we are backing Harry Lane at 2/1 to set his side on their way to a routine win.

Tottenham will be without club-record signing Tanguy Ndombele.

The midfielder has a minor thigh injury and will miss out, along with Juan Foyth and Ryan Sessegnon (hamstring).

Son Heung-min is back from a three-game ban and Dele Alli has returned to training after a hamstring injury.

It has not been the start to his Newcastle tenure that Steve Bruce had wanted.

After a 1-0 home defeat to Arsenal in their opening game, the Magpies were them beaten 3-1 by Norwich, for whom Teemu Pukki did the damage with a hat-trick before Jonjo Shelvey’s late consolation.

Bruce said: “Make no mistake, we’ve only been here four, four and a half weeks and we’ll go again next week and improve and can be better.

“I wouldn’t question their desire, I think they just got caught up in (Norwich’s first home game).

“I can’t question anyone’s desire. I don’t think you want to go out there and do badly but certainly we can do more in a lot of departments and I think that was the frustrating thing from our perspective.”

With Toon fans still furious by the departure of Rafael Benitez, Bruce is well aware he needs results to help appease them.

But we like the look of a 3-0 home win at 25/4 to complete our Tottenham vs Newcastle betting tips.

Newcastle striker Joelinton is fit after the £40million record signing limped out of the loss at Norwich with a hip problem.

He could be joined by winger Allan Saint-Maximin – who missed the game at Carrow Road with a hamstring problem – and midfielder Christian Atsu, who has also resumed training after recovering from a knee issue.