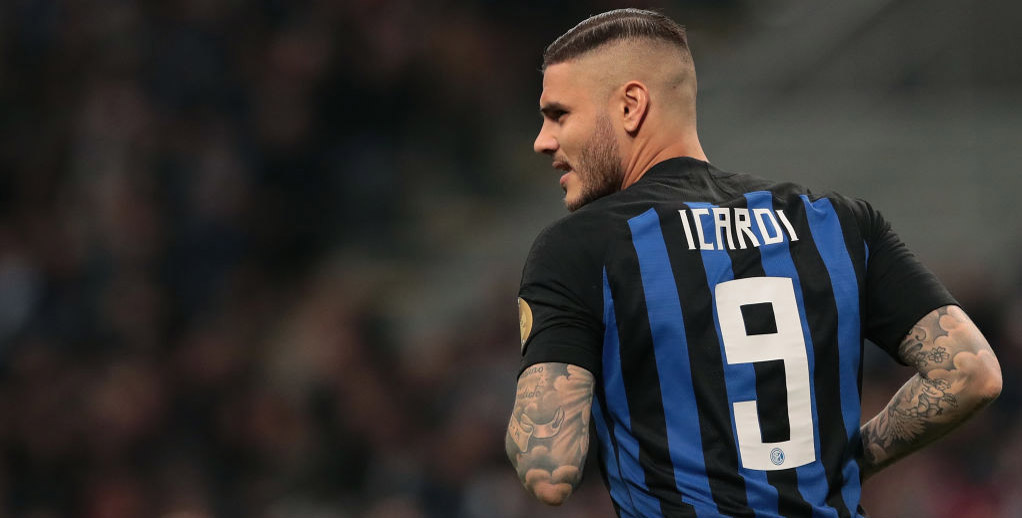 There has been plenty of Mauro Icardi transfer news and rumours recently and we’re taking a look at where the striker could be plying his trade next season.

The 26-year-old has twice picked up the Capocannoniere, awarded each season to the leading scorer in Serie A, and has made eight international appearances for Argentina.

Icardi would have numerous suitors if becoming available this summer and bwin is offering odds on which club he will be playing for on September 1 – with loan deals not included.

Icardi joined Inter in July 2013 and has enjoyed great success at the San Siro, securing Golden Boot gongs in 2015 and 2018, as well as being named Serie A footballer of the year two seasons ago.

However, he is coming off a frustrating campaign, being hampered by injury problems and stripped of the captaincy by Luciano Spalletti.

Wife and agent Wanda Nara said on TV that her husband has been contacted by the “best teams” and “best coaches” but that he will stay at Inter.

However, she did also hint that the truce between Icardi and Spalletti is tenuous, so it would be no surprise to see the Nerazzurri put up a ‘for sale’ sign.

Juve would love to team Icardi up with Cristiano Ronaldo as they go in search of elusive Champions League glory next season.

He has scored in five separate matches versus the Old Lady whilst playing for Inter and is also an international team-mate of playmaker Paulo Dybala.

Mario Mandzukic and Gonzalo Higuain now look too old to spearhead Juve’s attack and rumours of a swap deal involving Douglas Costa have been doing the rounds.

Zinedine Zidane is on a mission to rebuild Real and finding a prolific marksmen must be his main priority, with Ronaldo long gone and Karim Benzema having plenty of miles on the clock.

The Whites will have cash to splash and Toni Kroos has been touted as a possible makeweight in any such deal in the past.

There were strong reports suggesting Napoli were prepared to swoop for Icardi earlier this year, during the striker’s enforced absence due to a knee injury and fall-out with Spalletti.

However, president Aurelio De Laurentiis did come out and describe his interest in the striker as a temporary “crush”.

He told Corriere dello Sport: “We’ve all been through it as young lads. You feel the heart beat fast in the summer, then you go back to school, see that classmate again and smile. It’s difficult to reproduce those sentiments and situations.”

Roman Abramovich has funded the arrival of several high-profile forwards in recent years, but Diego Costa and Alvaro Morata have since moved on again, while Higuain and Olivier Giroud appear short-term solutions.

Much will depend on how keen the Russian billionaire is to keep dipping into his pocket – and whether the Blues can successfully appeal against a FIFA transfer ban.

The French aristocrats are blessed with a formidable forward line containing Neymar, Kylian Mbappe and Edinson Cavani, but speculation is always rife regarding that trio switching elsewhere.

Having a strong South American contingent already at the Parc des Princes would help in the pursuit of Icardi, with Angel Di Maria and Leandro Paredes able to assist in any talks.