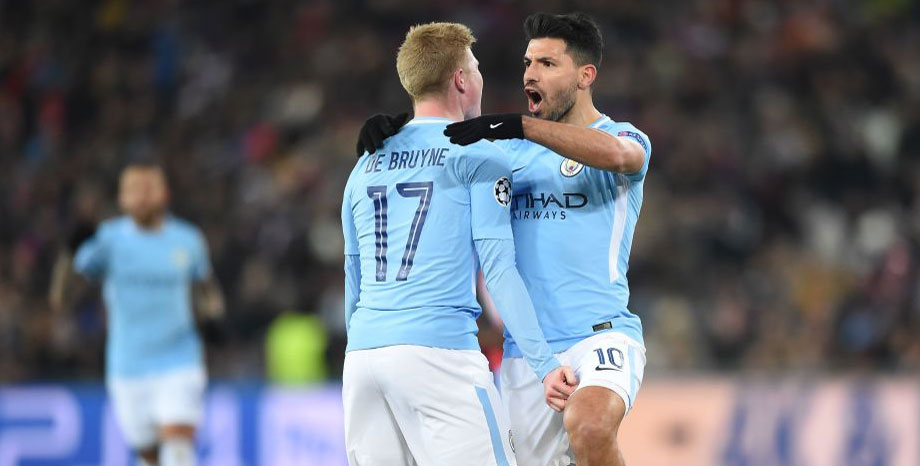 The media have run out of superlatives to describe Manchester City at times this season, and even accounting for their recent sticky patch they will surely go down as one of the top-performing champions in the Premier League era.

We wanted to find out whether they are likely to be remembered as the best of all though, so we combed through the data on every previous title winner since the inaugural 1992/93 season.

We’ve paid particular attention to the three sides that can lay the greatest claim to being the best of all: Arsenal’s 2003/04 ‘Invincibles’, Jose Mourinho’s seismic first season at Chelsea in 2004/05 and the Manchester United team that won the Premier League and Champions League double in 2007/08.

Can Manchester City win the most points?

Let’s begin with the most straightforward measure of a champion’s worth: how many points they finish the season with. With 87 points on the board, Manchester City have already exceeded the tallies of 11 previous winners and they’re on course to run the record holders close.

Pep Guardiola’s long-time rival Mourinho set the bar in his first season as Chelsea manager in 2004/05 with 95 points, but if City continue to rack them up at the same rate then they will smash that total. Extrapolating their record over 38 games would take them up to a stellar 100 points, but even an achievable return of nine points from a possible 15 – three wins out of five – would be enough to set a new high-water mark.

Defeats to Manchester United and Liverpool have also cost them a chance at winning the most points against other teams finishing in the top six. Their eight wins from a possible 10 leaves them a point short of the record: the 25 that rivals United managed in their 2007/08 double-winning campaign.

Can Manchester City score the most goals…or concede the fewest?

As it stands, Guardiola’s side have netted 93 times in 33 games, which is already a better return than all but four previous champions. If they sustain that rate then they will sail past both their impressive haul of 102 goals in their title-winning 2013/14 campaign and the all-time record. Chelsea racked up 103 when topping the table under Carlo Ancelotti in 2010, but City would finish with 107 if they carry on as they have been.

The ‘meanest defence’ title has already passed them by however: the 25 goals they’ve conceded so far is already 10 more than the miserly 15 that Chelsea allowed in Mourinho’s debut 2004/05 season.

What about wins and losses?

With 28 wins under their belt, Manchester City are only two short of equalling the record of 30 victories set by Antonio Conte’s Chelsea last term. Three wins from their remaining five matches would see the record broken for the second successive season and few would bet against this happening now that Guardiola has no other competitions to distract him.

It goes without saying that the record for fewest defeats cannot be beaten thanks to Arsene Wenger’s ‘Invincibles’, but avoiding any more losses would leave City as one of only three title winners to complete a season with fewer than three. Even if they lost every one of their remaining games they would not set a new record for most defeats: this would tie them on seven with Blackburn’s sole title in 1994/95.

Is it unusual that Manchester City don’t have a Golden Boot contender?

Sergio Aguero currently tops City’s goal charts with 21 – a tally that he is unlikely to add to given his recent injury lay-off. With nearest challenger Raheem Sterling on 17, nobody in a light blue shirt is going to catch Premier League top scorer favourites Mohamed Salah and Harry Kane, but in recent years the title winners haven’t suffered from the absence of a league-leading goalscorer.

The last champions to see one of their players out-score the rest were Manchester United in 2012/13, buoyed by 26 Robin van Persie strikes. Only eight of the other 24 teams to have topped the table in the Premier League era had the Golden Boot winner in their ranks.

What about the player with the most assists?

They may not have the Premier League’s top goalscorer, but at the time of writing the top three assist providers in the competition all feature for Manchester City. Kevin De Bruyne leads the way with 15 goals created, but – as for goals – fewer than half of all previous title winners have employed the season’s top assister.

David Silva led the way – coincidentally also with 15 – when City won their first Premier League title in 2012, but since then only one season has seen the best creator turn out for the champions: Chelsea’s 2014/15 triumph in which Cesc Fabregas set up a record-equalling 18 goals.

How many of Manchester City’s players would make a title winners’ dream team?

We have applied a simplified version of the official Fantasy Premier League scoring system to every player that has turned out for a Premier League champion to see who would make a combined XI. City’s creative lynchpin, De Bruyne, is the only player in their squad to make the cut when you pit them against every title-winning player ever but, for a bit of perspective, Arsenal’s Invincibles don’t have a single representative.

Their top points scorer Thierry Henry is kept out by Alan Shearer, whose 34 goals and 13 assists in 1994/95 puts everybody to shame, and Robert Pires is kept out of the left-wing spot by Cristiano Ronaldo’s maiden Ballon d’Or winning season. Chelsea 2004/05 are the only team with multiple representatives in the team, with the rock-solid pair of Petr Cech and John Terry marshalling the dream team’s back line.

City have become the fourth club to win the Premier League for a third time, so we thought we would narrow the field and compare City’s players to a classic side from each of those other clubs’ past: Arsenal’s Invincibles, Chelsea’s prominently featured 2004/05 team and United’s Champions League winning 2007/08 squad.

City now feature four representatives, with Sterling, Silva and Kyle Walker all joining De Bruyne. Frank Lampard’s 2004/05 total doesn’t live up to the heights of his 2009/10 performance but it is still better than any other midfielder can manage, so he keeps his place, alongside Terry and Cech.

Patrice Evra and Rio Ferdinand join Ronaldo to bring United’s total to three and Henry is the lone Invincible to break into the team.

World Snooker Championship: Rocket to make it six of the best
Khan vs Lo Greco: Comeback win on cards for jungle celebrity
Author