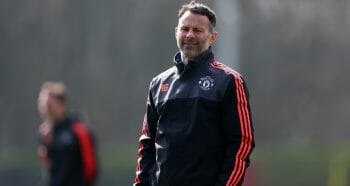 Having led for 50 minutes of their Premier League home match against Liverpool, a 2-1 defeat will be a sour pill for Swansea to swallow.

Francesco Guidolin’s charges looked a good bet to become the first side in five games to avoid defeat to the Reds for most of the fixture, with James Milner’s third converted penalty in two matches proving the winner with just six minutes to go.

Had centre-half Mike van der Hoorn not missed a sitter with just moments to go in the match, the pressure on Guidolin would surely have eased off going into the international break, but the procurement of just a point from the last 18 available keeps tongues wagging.

Liverpool, Manchester City, Chelsea and champions Leicester have been in the Swans’ way since the end of August, providing some mitigation, but with Arsenal, Manchester United, Everton, Tottenham and in-form Crystal Palace to come before mid-December, fresh trouble is brewing.

The Sun believes the Italian was on his way out either way, with reports of a ‘secret meeting’ in London between Swansea’s new American investor, chairman Huw Jenkins and former Manchester United stalwart Ryan Giggs.

The red top suggests Swansea are also considering former West Ham and Watford chief Gianfranco Zola, as well as ex-Derby County gaffer Paul Clement, as compromise candidates if Giggs and Bradley’s experience is ultimately not thought to be up to scratch.

According to The Sun, Guidolin will get the boot when Jenkins and co come to a decision on his successor, probably this week, which would make plenty of sense considering Premier League football disappears over the next fortnight.