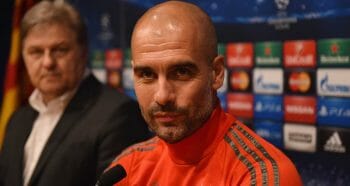 Pep Guardiola will need to bring in a number of new players to overhaul a Manchester City side that finished fourth this term.

The Citizens are priced at 6/4 to win the Premier League next season, but were 15 points off champions Leicester by the end of proceedings.

Noticeably, the Capital One Cup winners have 12 players aged 30 or over in their squad and Guardiola will need to rebuild this aging team.

According to The Daily Mail, Ilkay Gundogan of Borussia Dortmund is being lined up by the Spanish manager to build his team around.

The 25-year-old is one of the most coveted players in Europe and that is sure to boost his price tag.

Looking at how Gundogan has fared recently, it would be wise for City to avoid splashing the cash on the midfielder.

The German international will miss Euro 2016 with an injury and this is becoming a worrying trend for the Dortmund man.

According to the number crunchers over at transfermarkt, the former Bochum man has missed 109 games for his club since picking up a spinal injury in the 2013/14 stadium.

He missed out on his nation’s 2014 World Cup win because of said injuries and is continually a concern for his manager, while Der BVB haven’t won anything other than a Super Cup during his absences.

This would make him an unreliable option to build a team around, while Arsenal should serve as an example to their Premier League rivals of why this is a risk.

Jack Wilshere has missed 86 matches in the same time frame as Gundogan’s set backs and this has hurt the Gunners.

Midfield has been a problem position for Arsene Wenger with Wilshere out and he has had to call upon the likes of Mikel Arteta, Tomas Rosicky and Mathieu Flamini, all over 30 and none of them Premier League winners.

Wilshere’s name is one constantly associated with injury problems and even he has a better fitness record than Gundogan in recent years, showing how much of a gamble the German would be for Guardiola.