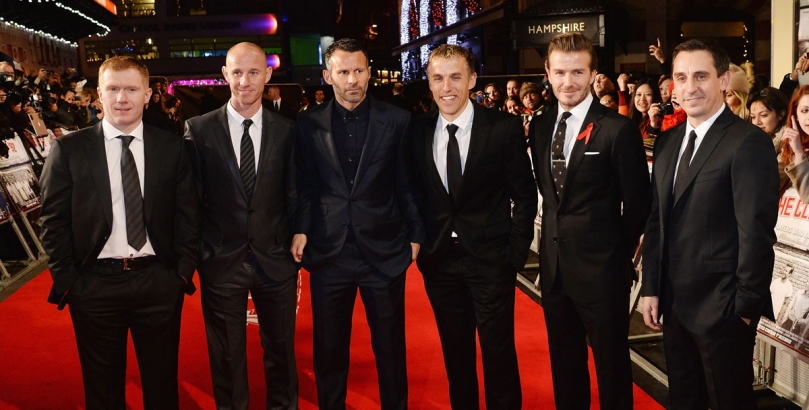 The Red Devils have nurtured double the amount of talent to make the 24 past victorious XI’s of any other English side in the competition’s history.

Liverpool and, in particular, West Ham also have cause to be immensely proud of their academies’ ability to churn out players of a sufficient calibre.

Both surpass Arsenal for past winning Champions League final starters produced, for all the Gunners’ long-trumpeted focus on youth development.

What’s more a host of “who?” clubs have been responsible for the first footballing steps of as just many future European titlists as the north London outfit.

Unsurprisingly Barcelona lead the way when it comes to winning starters in Europe’s biggest club game since 1992.

All bar one of the nine future champions honed at their La Masia academy went on to lift the trophy with them in 2011. Luis Garcia, who won with Liverpool in 2005 was their sole youth product to win it elsewhere.

Ajax and Real Madrid (7/10 to win the trophy this year) are the only other sides to have hot housed more future winning final starters than Man Utd.

The Red Devils’ Carrington-germinated sextet all won the Champions League at United, with each bar defender Wes Brown part of the fabled ‘Class of ‘92’.

Nantes’ contributions to nineties victories for Marseille, AC Milan, Juventus and Real Madrid make them the most prolific producers of winning finalists never to have been crowned kings of the continent themselves.

The English version of that accolade is owned by West Ham, thanks to the pre-millennial platinum youth team generation that gave the world Rio Ferdinand, Frank Lampard and Michael Carrick.

That’s one more winning finalist unearthed than Arsenal, for whom the two Coles, Andy and Ashley went on to lift ‘Old Big Ears’ after leaving the club.

Clubs as illustrious as Cesena (Italy), Dinamo Zagreb (Croatia), FK Budućnost Podgorica (Montenegro), Perugia (Italy) and Karlsruher (Germany) have all contributed just as many since 1992.