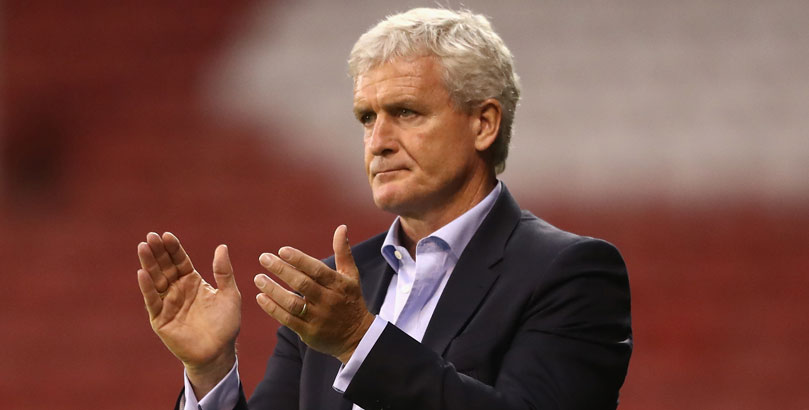 What Trueform says for Swansea vs Southampton

Relegation battles don’t come any bigger than Swansea versus Southampton and our Trueform chart suggests it will be the Saints who boost their survival hopes.

Mark Hughes’ side have achieved a higher rating than the Welsh outfit in four of the last five rounds of Premier League fixtures and look to have hit form just in time.

Punters can get 13/10 for an away win and that gets the nod in our Swansea vs Southampton betting predictions.

Swansea have gone eight games without a win and suffered a third straight defeat when losing 1-0 at Bournemouth on Saturday.

City have faced some tough fixtures during that period, but just two goals scored is still a worrying statistic.

The Swans had plenty of chances when facing the Cherries on a sun-baked south coast but Mike van der Hoorn, Jordan Ayew, Martin Olsson and Nathan Dyer all missed key chances in the first half.

However, Carlos Carvalhal insisted: “We will score. I am not worried because I have players who can score.

“Even if they are not scoring, we achieved goalscoring situations against Chelsea and Everton.

“In the Chelsea and Everton games, we deserved much more than we got and I believe in my players and I believe they can score, because we have got goalscorers in the team.”

We can see City hitting the target here, but still prefer to go with 4/1 for an away win and both teams to score from the Swansea vs Southampton odds.

Swansea will hope to have Kyle Naughton back following a stomach bug, with Sam Clucas in the frame to start after being left on the bench at Bournemouth due to a knock.

Southampton looked set to follow up a 2-1 home win over Bournemouth with another crucial victory at Everton after Nathan Redmond put them in front on 56 minutes.

However, the Saints had Maya Yoshida sent off late on and then conceded a cruel equaliser deep into stoppage time, with a Tom Davies shot deflecting in off defender Wesley Hoedt.

That result did at least lift Southampton out of the drop zone, as they edged above Swansea on goal difference – and gave us a trio of winning selections, including an 11/2 correct score pick!

“We played well and have gone away out of the bottom three,” said Hughes. “It is only the circumstances of the game which are affecting us at the moment.

Saints have put in a series of promising displays and we’re finishing off our Swansea vs Southampton betting tips by taking 6/1 for Dusan Tadic to open the scoring.

The 29-year-old Serbia international bagged a brace in the recent win over Bournemouth and looks in good spirits.

Southampton must do without the suspended Yoshida, while midfielder Mario Lemina was withdrawn on Saturday with a suspected hamstring injury and Steven Davies should remain sidelined with Achilles trouble.