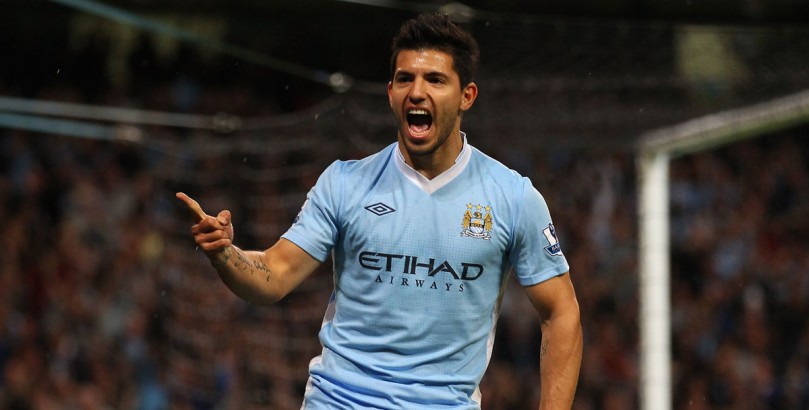 Andre Ayew, Yohan Cabaye, Rudy Gestede and Georginio Wijnaldum commemorated their first matches in the colours of their respective new clubs with goals this weekend, but none were prolific enough to rob Sergio Aguero of his title as the most deadly opening-weekend debutant in Premier League history.

The sharpest sharpshooter in the top-tier marked his arrival in English football with a brace against Swansea as Manchester City routed the Welsh club 4-0 to kick off their title-winning 2011/12 campaign.

Unleashed with half an hour to play, the Argentine savaged the Swans with a goal every 15 minutes, an average no player to have scored twice has ever been able to best when making their bow.

Nwankwo Kanu came close, plundering once every 15.5 minutes as he shot down Blackburn when donning Portsmouth colours for the first time.

No one has managed to outscore fly-by-night Middlesbrough frontman Fabrizio Ravanelli on debut, though the Italian’s hat-trick against Liverpool only entitled the Teessiders to a share of the spoils.

The Champions League-winning hitman’s goals were spread across his side’s 3-3 draw with Roy Evans’ men, with the net bulging courtesy of his boot once every 30 minutes.

This is a rate Gestede, who bagged Aston Villa’s winner at Bournemouth last weekend after coming off the bench, would’ve fallen two minutes shy of, but two goals are the minimum requirement for a first-timer to earn recognition in our destructive debut roll of honour.

Five of those included – Alen Boksic, Ruud van Nistelrooy, Nigel Clough, Mario Stanic and Darren Bent – intensified their endearment amongst supporters with match-winning goals, though intervals of at least 38 minutes fell between their celebrations.

Their efforts, it’s fair to say, were of far greater importance from a points-gained perspective than Aguero’s late salvo that seen off an almost-sunk Swansea, but had the Citizens sensation started the match and upheld the rate he returned, he would’ve registered a record-breaking haul of six on that occasion.

On these grounds, there’s little room to debate his place atop our deadly debut standings.