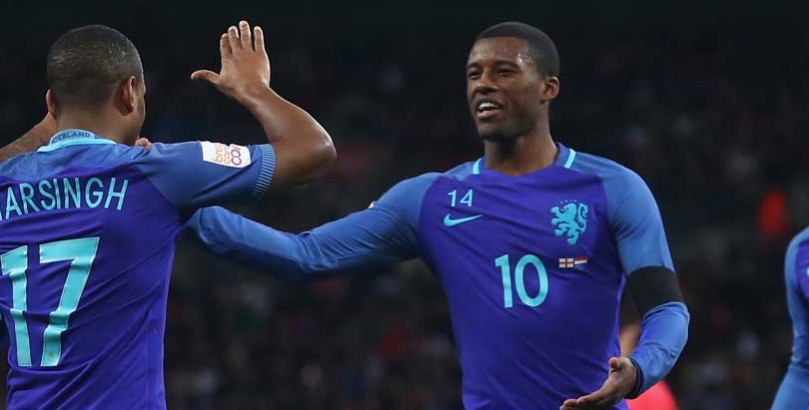 Georginio Wijnaldum’s impact at Newcastle was statistically impressive for a club that was relegated, but does that warrant his price-tag doubling in a single season?

Barely 12 months later and while Rafa Benitez’s boys prepare for life as second-tier citizens, Newcastle are rumoured to have told Roma that Wijnaldum is available, but only for a fee in the region of £30m.

While reporters of the claim, Italian publication GianlucaDimarzio.com, also assert this sale price is negotiable, the Serie A side’s board could easily be put off their morning espressos by such figures.

However, there is a fair body of evidence to suggest that the Toon’s roving midfielder is worthy of a sale price in the high £20m’s at least.

This will be music to the ears of some Geordie supporters who felt that their top scorer was somewhat flattered by his numbers, when in reality he began and ended the season sparkling, but couldn’t be located for long periods in between.

Bought from PSV Eindhoven for £15m last summer, expectations of the freshly crowned Dutch Player of the Year were understandably high at St James’ Park at the beginning of 2015/16.

Even in spite of relegation, on paper at least there was not much more the midfielder could have done to ensure survival.

Although he fell seven short of his 18-goal tally for Eredivisie champions PSV the season prior, scoring 11 goals for a team struggling at the bottom of a superior quality league is almost certainly the greater feat.

This has to weigh in the favour of the sellers. It’s also notable that the 25-year-old managed to match his seasonal count of five assists from his landmark 2014/15 campaign before arriving in England.

Wijnaldum’s creative zest and eye for goal could so easily have played an integral role in Newcastle securing their Premier League status, had the Toon’s collection of recognised strikers actually contributed more to the cause as well.

But still only 25, a midfielder boasting double-figure goals tallies in five of the last six seasons, has certainly done more comparably to plenty of others who’ve attracted big-money moves in recent times.

Although a different brand of midfielder to Wijnaldum, Inter’s £27.5m outlay on then 22-year-old Geoffrey Kondogbia in June 2015, is the sort of transfer Newcastle can easily and rightly point to.

Then when you look at the amounts Manchester United splashed on Ander Herrera (29m in 2014) and Morgan Schneiderlin (£29m in 2015) it feels like the Tynesiders would be within their rights to push for a similar price.

Don’t believe the hype – There’s no way the UK will vote for Brexit
One to sign, one to sell and one to keep for Everton this summer
Author