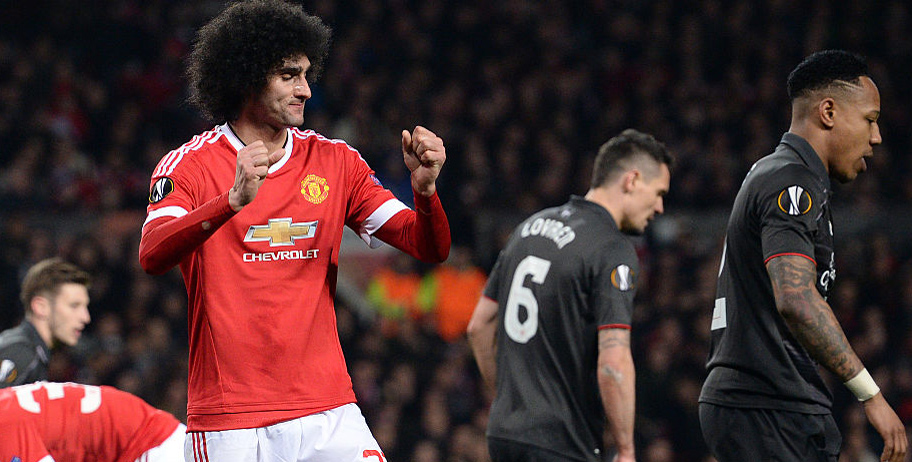 Jose Mourinho took plenty of stick for parking the bus at Anfield earlier this season but Manchester United fans will be expecting a more positive performance when Liverpool travel to Old Trafford on Sunday.

The Red Devils are certainly in a better place right now following nine straight wins in all competitions, while Jurgen Klopp’s visitors must rally after faltering in their last three matches.

Trueform tips: Our chart shows two evenly-matched teams until Liverpool’s big dip in form at Sunderland and with the Reds also since struggling in FA Cup and EFL Cup fixtures, the momentum is very much now with Manchester United.

Sceptics will suggest that Manchester United have merely taken advantage of a kind fixture list during their current hot streak, but they were far more convincing than the scoreline suggests in beating Tottenham 1-0 at Old Trafford when they did have to take on a top-six outfit.

Mourinho’s side also dominated Arsenal for long periods here until a late lapse in concentration meant they had to settle for a 1-1 draw, so there can be no doubting the Red Devils’ ability to cope with strong opposition when on home turf.

United have won 11 of their last 14 Premier League meetings with Liverpool at this end of the East Lancs Road and 23/20 for them to further extend that impressive head-to-head record gets our vote.

Liverpool have been superb going forward for much of this season, but an injury to Philippe Coutinho took a bit of fizz out of their attacking play and he could still be rusty despite returning to action in Wednesday’s EFL Cup loss at Southampton.

With that result coming on the back of disappointing draws against Sunderland and Plymouth, Sadio Mane’s departure to the African Cup of Nations Cup has also come at a poor time for the Reds.

Both those factors make 13/5 for United to win to nil an interesting proposition, while 9/4 for Wayne Rooney to score at any time also takes the eye, with the boyhood Everton fan no doubt dreaming of breaking Sir Bobby Charlton’s all-time club scoring record against the team he loves to hate!

Team news: Manchester United have lost Eric Bailly to the African Cup of Nations and Marcos Rojo is carrying a slight muscle injury, but Zlatan Ibrahimovic will be expected to return from illness. Liverpool must cope without Sadio Mane due to international duty and Joel Matip has been struggling with an ankle injury.