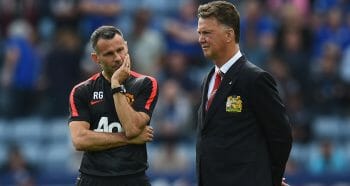 Ryan Giggs looks set to end his 29-year association with Manchester United, with rumours suggesting he doesn’t want to stay on under Jose Mourinho.

The Red Devils are chasing their 14th Premier League title, priced at 9/2 to do so in the 2016/17 season, but the 13-time winner looks unlikely to take any part in it.

This will leave the Welshman needing to find another club for his first steps into management and he can look to his former teammates as a guide.

All of them have started by taking the hot seat of a club they have previously played for, or one in their homeland.

Laurent Blanc took over at Bordeaux, moving back to France, Ole Gunnar Solksjaer went to Molde, the side he was with before joining the Red Devils and Henning Berg returned to Norway to manage Lyn, while Paul Ince and Gordon Strachan were player-managers at Macclesfield Town and Coventry City respectively.

Having an established link with the place you go on to occupy the dugout of is clearly beneficial and this could prove a problem for Giggs due to his United loyalty.

The Welshman did spend some time at the Manchester City academy, but it’s very hard to envision a scenario where he would end up at the Etihad.

Additionally, Chris Coleman has recently signed a two-year contract extension with Wales, so the 42-year-old would have a long wait to take over his national side.

However, all hope is not lost as there is a current vacancy in Greater Manchester.

Oldham Athletic, the club former long-term United teammate Paul Scholes supports, are on the hunt for a new gaffer after John Sheridan departed for Notts County.

The Latics finished 17th in League One last season, but were founder members of the Premier League and the third tier tends to be a good proving ground.

Indeed, Gary Caldwell won the title with Wigan this term in his first full season in management.