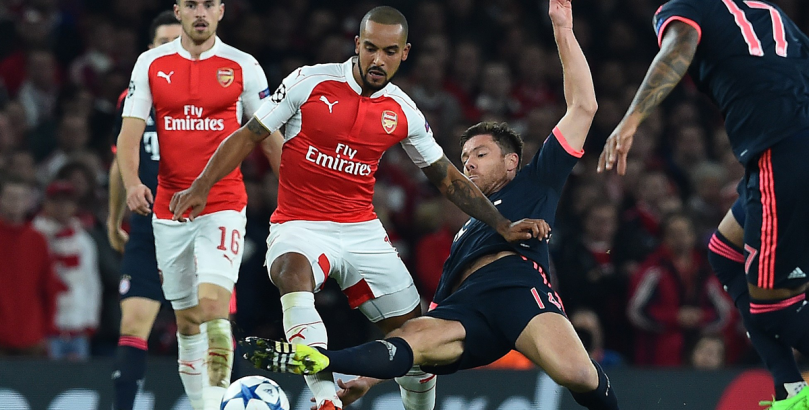 Pep Guardiola’s alleged affection for Theo Walcott has prompted rumourologists to link the reportedly-unsettled Arsenal striker with a summer move to Manchester City.

Where exactly the feted Spaniard’s admiration for Walcott stems from is unclear; neither his Barcelona or Bayern Munich teams contained many players who spend several months of a season injured, a few more regaining match fitness and using what little time remains to bemoan how the position he is being asked to play doesn’t match his preferences.

This is just one of the reasons why the England international is the wrong Arsenal reserve for Man City.

His everlasting injury problems are doubtless a contributing factor, but Walcott’s goal record underlines how drastically he has failed to realise his potential. Now 27, he has just once scored double figure Premier League goals and if he doesn’t register in the final three games of this campaign, he’ll have failed to notch more than five in three straight seasons.

Such a return certainly does not warrant a move to the Etihad, the place where plenty of the world’s finest attacking players call home.

Similarly, the Gunners’ reluctance to strengthen a direct competitor will surely lead to them rebuffing any potential Citizen advances for the former Southampton starlet.

However, Arsene Wenger may not be as precious about a forgotten left-back he seemingly has no use for, but could come in handy for Guardiola.

Kieran Gibbs is widely tipped to leave the Emirates this summer after losing his place to Nacho Monreal and with City needing to lower the average age of their squad, as well as tow the Premier League’s home-grown quota line, the 26-year-old would prove a handy acquisition.

Current understudy left-back Gael Clichy turns 31 in July and, after featuring in just nine league games this term, he can’t be long for life under the new regime.

Gibbs is a defender in a similar mould to Clichy, in the sense that his pace and ability in possession are his strongest assets, rendering him a full-back right up Guardiola’s street.

The Bayern boss has long been an admirer of Wenger-educated players and hoarded a few of them when manning the Barcelona rudder.

Walcott has obviously benefitted from the same tutelage, but he lacks the ability to vindicate the enormous transfer fee he’d command and isn’t skilled enough to dislodge any of City’s current attackers from the first-team.

Gibbs, on the other hand, could be obtainable at a reasonable price and, with the Citizens set to reupholster their left-back department, he’d have a role to play in the first-team too.