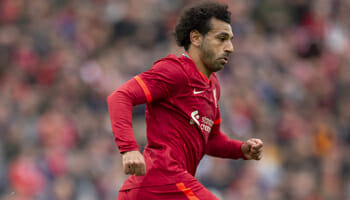 Liverpool are hard to oppose when hosting Burnley after these teams made contrasting starts to the new Premier League season.

However, the Clarets did spring a surprise at Anfield last term and have managed to score on their past five visits to this venue.

That nudges us towards taking 13/10 for both teams to hit the target for our first Liverpool vs Burnley prediction.

Liverpool looked intent on getting back in the title race this term when kicking off with a convincing 3-0 victory at Norwich.

Mohamed Salah provided assists for Diogo Jota and Roberto Firmino before getting on the scoresheet himself.

That powerful strike from the edge of the area saw him become the first player to score on the opening weekend of five successive Premier League campaigns.

Having Virgil van Dijk back in defence following his injury problems was another big boost, even if he admitted: “I’m still getting up to speed.”

The talismanic Holland star added: “It’s going to be a Premier League full of high quality which we all should enjoy.

“We have a fantastic squad – just go for it and take each game as it comes.”

Norwich did have chances at both ends of that contest, though, as Van Dijk and Joel Matip showed signs of rustiness.

Liverpool are without Fabinho following the death of his father. Fellow midfielders Jordan Henderson, Thiago Alcantara and Curtis Jones could return, but left-back Andy Robertson is still working his way back from ankle ligament damage.

Burnley are again among the favourites to go down after only just finishing above the drop zone last term and they had to endure a tough opening defeat.

James Tarkowski’s controversial second-minute header was allowed to stand despite the defender appearing to bundle over Neal Maupay.

Johann Gudmundsson and Ben Mee then hit the woodwork for the Clarets as they continued to threaten at set-pieces.

However, Brighton improved after the break and goals from Maupay and Alexis Mac Allister turned things around at Turf Moor.

Sean Dyche commented: “It was a very strong performance overall, particularly the first half, but a strange, frustrating day.

“I don’t remember Popey (goalkeeper Nick Pope) having too much to do and yet we come away losing 2-1, so disappointed in that.”

Burnley stunned Liverpool on Merseyside in January thanks to an Ashley Barnes penalty and had drawn on two of their previous three visits.

It may be worth adding a saver on them to be at least level at half-time at 5/4 to our Liverpool vs Burnley betting tips.