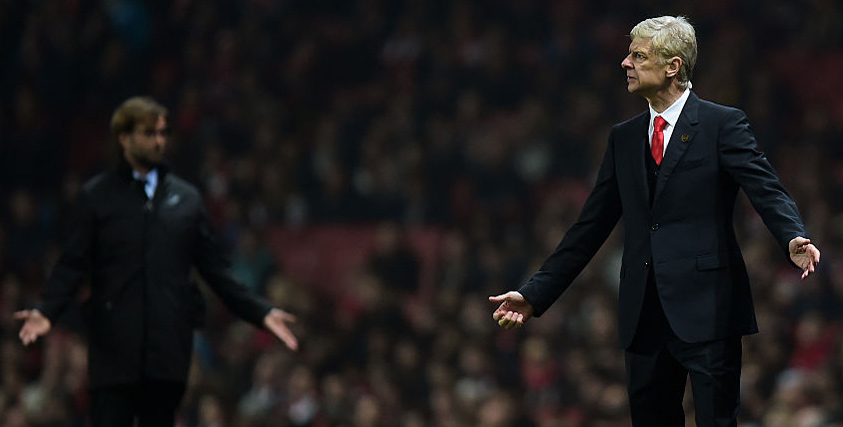 As we approach the business end of the season there will be plenty of twists and turns at both ends of the league table and fans are keen to use any football predictor they can find to see if their team is on track.

To address this we have created a set of handy reference charts that cover the battle for the Champions League places and the fight to avoid relegation in each of the top five European divisions; the Premier League, La Liga, the Bundesliga, Serie A and Ligue 1. These show how each club is doing based on what is normally required to prevail in each race.

The way these work is simple. We’ve crunched the numbers from the last 10 seasons and worked out how many points everyone had at each stage, then plotted the average tallies of the clubs that went on to finish in the last Champions League place and the lowest place above the relegation zone.

We have also tracked the points totals of the worst-performing qualifiers and survivors after each round of matches. This allows you to compare a club’s current situation with recent precedent to work out exactly how excited – or worried – their fans should be.

Starting in England, the green line shows us that the average fourth-place finisher in the last 10 years had 47 points from 25 matches, which means that there is still hope for sixth-placed Manchester United, who have 48. In fact the red line indicates that there is even hope for Everton, whose tally of 41 points matches Arsenal’s total after 25 rounds of the 2012/13 season, with the Gunners’ late surge seeing them pinch fourth place.

United’s prospects of breaking into the Champions League places could well depend on them overtaking Liverpool or Arsenal, who meet at Anfield on March 4. Our Trueform tool shows how both teams have suffered damaging defeats recently but Liverpool raised their game against Tottenham, with the return of Sadio Mane perhaps the key to their chances.

There is also still plenty to play for at the foot of the Premier League, although a few teams are undoubtedly in trouble. The average club finishing 17th in the last decade had 24 points from 25 games, which is good news for Swansea (who have exactly this many) but worrying for the five clubs beneath them.

Leicester only had 17 points at this stage though before their great escape in 2014/15, which should offer hope to the current relegation strugglers – including the Foxes – who all have 19 points or more.

Our Trueform tool highlights how Leicester have flatlined recently while Hull have improved under Marco Silva and will fancy their chances heading into a crucial six-pointer at the King Power Stadium on March 4.

Thanks to the winter break there are more matches still to play in the Spanish top flight, which means that even ninth-placed Espanyol could be capable of a late surge into the top four. Their current tally of 32 points is one more than Malaga had at this stage of 2011/12 before a barnstorming end to their campaign saw them sail into fourth place.

The reality, though, is that four of the current top five are better placed to secure Champions League football, with fifth-placed Real Sociedad the lowest-placed side with a superior tally to the average of 39 points from 22 matches that recent fourth-placed teams have averaged at this stage.

At the scary end of the table things already look bad for Granada and Osasuna, whose tallies of 13 and 10 points from 22 games respectively are below the 15 that the worst-performing survivor of the last 10 seasons had at this stage. The average 17th-place finisher had a far healthier 23, which spells trouble for the four sides above the bottom two, including Valencia if they do not win their game in hand.

The top-four race in Germany has plenty of life left in it, with even seventh-placed Koln matching the typical average of 32 points from 20 games that recent fourth-placed teams have accrued. The 24 points that Hamburg had at this stage in 2007/08 shows that anyone down to 13th-placed Augsburg is mathematically in with a shout.

As for La Liga, the bottom two already look dead and buried in the relegation battle, where no team to finish clear of the relegation zone in the last 10 seasons has had fewer than 16 points at this stage. Ingolstadt’s 15 points and Darmstadt’s 12 appear to doom them.

The far healthier average tally of 21 points that a 15th-place finisher has tended to have on the board by now suggests that either Werder Bremen or a Hamburg side some way short of their 2008 selves  will be joining them in the eventual bottom three.

Juventus may be running away with yet another title but there is still life in the Champions League race. Both Inter and Atalanta – currently fourth and fifth in the table – took 45 points from their first 24 matches, which is usually good enough for third. Lazio’s strong finish two seasons ago, in which they had 40 points at this stage but took 29 from their last 14 games to snatch third, gives everyone down to eighth-placed Fiorentina hope.

At the bottom there is little hope for any of the relegation zone’s current occupants, who all fall short of the worst performance by an eventual survivor at this stage: the 16 points that Parma had from 24 matches in 2006/07 before storming to a 12th-place finish with a final tally of 42. With 17th-placed Empoli slightly below par with 22 points, they may not be safe from a late surge from beneath though.

While the French title race remains wide open at the moment, it looks as though the current top three will end up occupying the Champions League spots, with fourth-placed Lyon’s tally having already fallen behind what is usually required. Everyone down to seventh-placed Bordeaux will at least have been given hope by Lyon’s exploits last season, in which they took 29 points from their last 13 matches to claim second place.

The relegation battle remains wide open, with every club having more points on the board than the worst-performing survivor of the last decade had at this stage. Four clubs are sat on 27 points – bang on the average for a 17th-placed survivor – and a further four sit beneath them, so there is plenty still to play for.