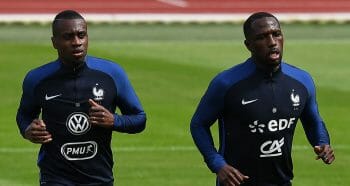 Moussa Sissoko is just 7/20 to sign for Tottenham before the end of the transfer window after news emerged that he has left training with France and is returning to England to conclude a transfer.

Newcastle are reportedly willing to sell for a total of £30m, paid in five instalments of £6m, but their estimation has caused to the Lilywhites to pull back from the deal, according to Sky Sports.

Everton are next in the betting to snare the Frenchman, who starred for France at Euro 2016 and look a nice price at 9/4 in light Spurs’ reticence.

The Toffees have been linked with a host of wingers during the past month, with Lyon’s Rachid Ghezzal the latest of them, and haven’t been afraid to pay big bucks for Premier League savvy operators (as their £30m acquisition of Crystal Palace’s Yannick Bolasie has shown).

Crystal Palace are the only other side currently quoted in the market, but the chances of a reunion between Sissoko and his former manager at Newcastle Alan Pardew are considered to be remote at 20/1.