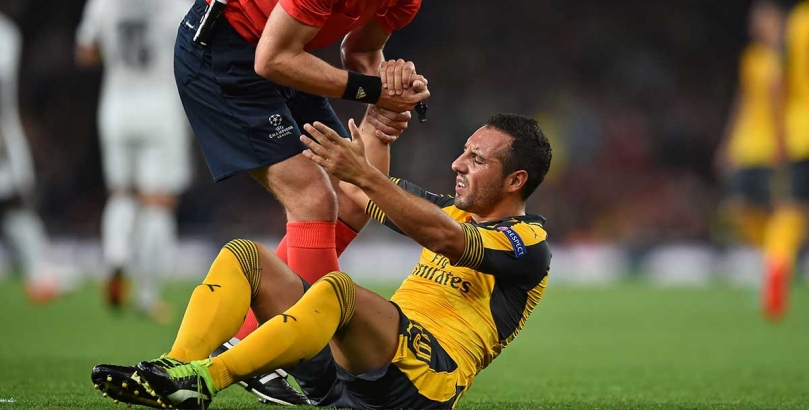 Talk of Arsenal’s evolution into ‘the real deal’ as far as a Premier League title contenders was concerned was hushed by the Gunners’ goalless draw with Middlesbrough this weekend.

A run of seven straight wins in all competitions was curtailed by the Emirates stalemate, which came just three days after Ludogorets were demolished 6-0 in the Champions League.

The result temporarily took Arsenal to the top of the Premier League, but it certainly can’t have helped their title odds of 6/1.

An inability to dismantle Boro’s steadfast backline saw the Gunners create very few chances despite dominating possession. In fact, had the Teessiders been sharper in the final third, they would’ve won the game having missed two gilt-edged chances and hit the post from a free kick.

By contrast, Arsenal offered very little threat to Victor Valdes’ goal, which must’ve been a worry given Aitor Karanka’s side had kept just one clean sheet prior to their trip to north London.

Getting key attacking assets Mesut Ozil and Alexis Sanchez on the ball in dangerous areas was a major problem and this typifies exactly why the Gunners can’t afford Santi Cazorla sitting on the sidelines for too long.

The Spaniard was taken off during the aforementioned win over Ludogorets with a knee injury and wasn’t fit enough to make the bench against Boro.

Mohamed Elneny was who Arsene Wenger opted to replace Cazorla with, which significantly reduced his sides’ creativity in midfield, affecting the supply line to their biggest threats.

Elneny was subbed off for the explosive Alex Oxlade-Chamberlain, but his pace and direct running couldn’t break through the visiting defence.

While both players have useful qualities, neither has the ingenuity in possession to link play like Cazorla does.

Only Jordan Henderson has completed more passes this season, though the Liverpool skipper has had almost 200 more minutes of Premier League action, while his accuracy rate of 88.9% is inferior to the Arsenal schemer’s 91.1%.

The Leicester midfielder has the third highest passes completed tally with 502, but, like Henderson, he’s had almost 200 more minutes to post it too. He still can’t match the Spain international’s 511, while his passing accuracy of 80.1% is some way short too.

Getting Cazorla back for fit for next weekend’s trip to Sunderland and ensuring he stays injury free beyond that is vital if Arsenal are to sustain their title push.