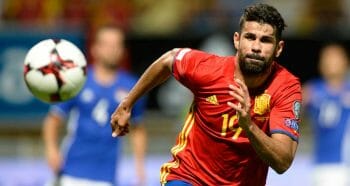 In the early part of the current decade, Chelsea v Manchester United made a play to be the most entertaining and unpredictable battle between so-called ‘big six’ outfits.

Those halcyon, goal-filled days have since simmered down into cagey contests, with seven of the previous eight renewals failing to cross the 2.5-goal line. Understandably, it’s 18/25 that Jose Mourinho’s first return to Stamford Bridge as United manager sees fewer than three goals scored.

Given the visitors’ drab showing against Liverpool in their last Premier League outing, there’s every reason to believe the bet will pay off, while there’s also grounds for a punt on one of the teams’ talismen to score.

This clash has evolved into one that is typically settled by slender margins, with the usual suspects in the goalscorer stakes tending to do the settling.

Looking back to the 2013/14 season, starting line-leader Samuel Eto’o scored a hat-trick for the Blues in a 3-1 win, with first United striking reserve Javier Hernandez netting the consolation. The corresponding meeting that year was 0-0.

Based on this evidence, punters are advised not to stray from the beaten track when making their goalscorer selections ahead of this afternoon’s game.

On-song Diego Costa, with six goals in his last five league games, is quite rightly first goalscorer favourite at 4/1, but after posting the final goal in three of those matches, the same price about him scoring last looks better value.

Elsewhere it’s 5/1 that Zlatan Ibrahimovic, a shoo-in to lead the visitors’ line, opens the scoring, as he did when playing against Chelsea in the Champions League last-16 first leg for Paris Saint-Germain last term.