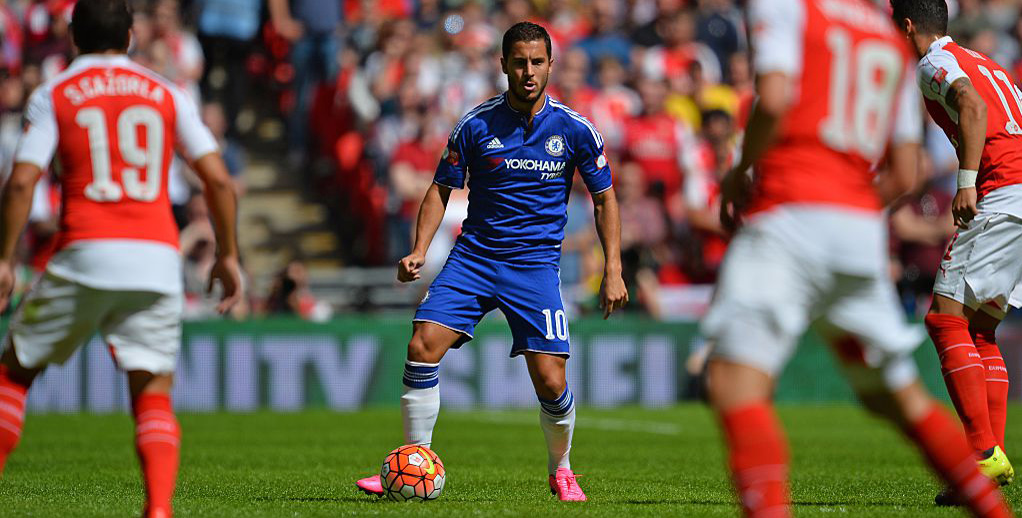 Chelsea will entertain Arsenal with a nine-point lead at the top of the Premier League table after they drew at Liverpool in midweek and the Gunners suffered a shock home loss to Watford.

With only 15 games to go in the current campaign, most pundits believe it is a case of ‘now or never’ for Arsene Wenger’s side if they are to reel in the Blues.

Trueform tips: Tuesday night’s blip by Arsenal stands out like a sore thumb on our chart, but there is little to choose between the Gunners’ previous form and Chelsea’s recent results, so we’re siding with a Stamford Bridge stalemate.

Diego Costa’s late penalty miss at Anfield could always come back to haunt Chelsea, but overall it felt like a case of ‘job done’ for Antonio Conte’s team after they generally kept it tight and picked up a rock-solid point.

Having lost back-to-back games against the Reds and Arsenal back in September, the Italian said: “It’s important to draw against a really good team like Liverpool and now we must focus on playing Arsenal. Don’t forget we lost 3-0 away and I think this could be a good chance for us to show that the second part of the season we are a totally different team if you compare us to the previous game.”

However, Conte will be concerned by the form of Eden Hazard, who hasn’t scored since Boxing Day and has gone off early in the last three fixtures, so he may settle for another share of the spoils at 12/5, especially as the Blues enjoy a kind schedule after this, with games against Burnley, Swansea, West Ham, Watford, Stoke and Crystal Palace coming up.

Wenger admitted Arsenal “were not mentally ready” to match Watford’s physical presence early on at Emirates Stadium and they failed to recover from conceding twice inside the opening 15 minutes when suffering a surprise 2-1 defeat that night.

Goalkeeper Petr Cech described the loss as a “huge setback” and blamed a lack of concentration, commenting: “We were second best in the first half. We made so many bad passes, we lost every challenge.”

The Gunners will definitely be fired up from the outset at Stamford Bridge, though, and have to go for it here, so we like 3/1 for both teams to score in the first half and 18/5 for a score draw at the end of the game is also worth support.