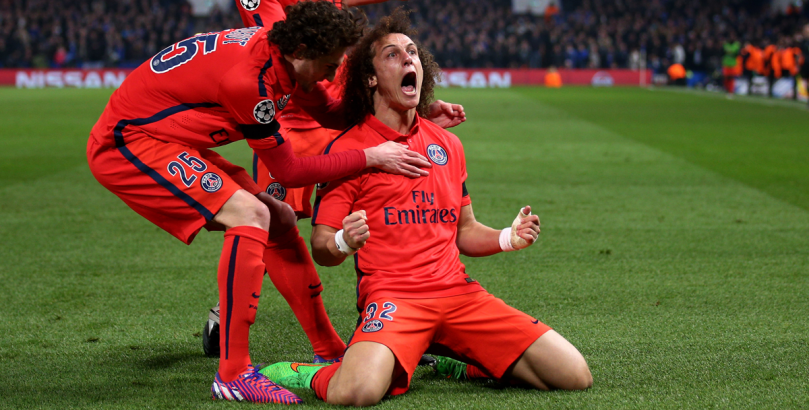 David Luiz is on a train to London to secure his return to Chelsea according to Le Parisien and the defender’s Stamford Bridge homecoming is dominating transfer deadline day on Twitter.

At 16:00 on the final trading day this year, 7% of all tweets referencing a Premier League manager since coverage kicked off this morning had referred to the prospect of Luiz’s move.

Liverpool’s Mamadou Sakho was next most discussed with 4% of the total, followed by Jack Wilshere of Arsenal, who has claimed 3% of the provisional reckoning.

The Daily Mail report the Blues to have agreed a £32m fee with Paris Saint-Germain for Luiz’s services, with the switch believed to hinge on a medical that may well take place after the 11pm deadline.

Chelsea are currently 9/2 third-favourites in the Premier League title betting.