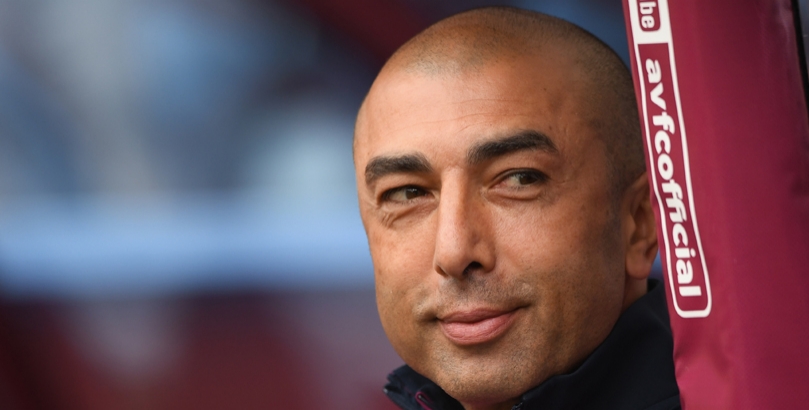 Aston Villa: Out – none

* Forest have only won twice in their last ten away games.

* Four of the five league goals Villa have scored this season have been in the first half.

* Forest have not beaten Aston Villa in any of the last eight attempts.

Roberto Di Matteo has got off to a difficult start as Aston Villa manager, winning just one of his first six games in charge. Their eight new signings, for a total of £51 million, are taking more time to adjust than the new boss would have hoped, but Villa stand every chance of stealing victory on Sunday.

The Villans are undefeated in their two home games this season, thumping Rotherham 3-0 and drawing 1-1 with Huddersfield in a match they dominated. Jack Grealish is back on form and new signing Jonathan Kodjia will partner Ross McCormack in attack for the first time. Signed for a combined £27 million in the summer, these two should form a deadly partnership this season.

However, Villa’s 3-1 defeat to Bristol City before the international break showed how difficult it can be to embed so many new players at once. Expect some disorganisation at the back against Forest, making Villa to win and both teams to score a decent bet at 3/1.

Four of the five goals Di Matteo’s side have scored this season have come in the first half, which could mean the Villans will take an early lead on Sunday. Half-time/full-time Villa/Villa is currently priced at 7/4.

The away team have not beaten Aston Villa in any of the last eight attempts, a run that stretches back to October 1994, and despite a good start to the season are unlikely to end this sequence. Forest have only won twice in their last ten away games and lost to nil in each of their last two road league matches.

What’s more, Philippe Montanier’s team are yet to keep a clean sheet in 2016/17, conceding a worrying 13 goals in seven games so far and twice winning by a 4-3 score line. Since Villa’s new front two scored 40 Championship goals last season between them, it would be a huge shock if Forest kept the ball out of the net. Back over 3.5 goals at 1/1.

With Oliver Burke having left for RB Leipzig in late August, Forest will be relying even more heavily on Britt Assombalonga to score the goals. The 23-year-old is in high spirits after signing a new contract last week, and has already netted three times in 123 minutes of league football this season. It might be worth betting on Assombalonga to score any time.