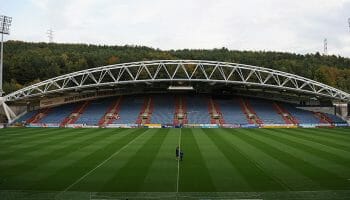 Huddersfield’s automatic promotion hopes have been severely dented by back-to-back defeats as they prepare to face a Norwich side without a manager and desperately out of form.

Town’s latest setback came at home to Burton who sealed a 1-0 win deep into stoppage time, eight minutes after the hosts were reduced to 10 men owing to Dean Whitehead’s dismissal.

However, we expect some of Town’s big guns to return to the starting line-up and fancy the home side to beat the struggling Canaries at 21/20 in the first of our Huddersfield vs Norwich betting tips.

Town seem to be playing for third place after unexpected defeats by Bristol City and Burton, but they host a Norwich team with just one win from their last eight matches.

The Terriers faded against Burton after a bright opening 45 minutes, so they are likely to start with Nahki Wells and Elias Kachunga to bring back the spark missing on Saturday.

David Wagner’s side still have a great home record despite the setback against Burton and checking through the Huddersfield vs Norwich odds, they look good to win and a combined under 3.5 goals at 9/5.

Town beat Norwich 2-1 earlier in the season and seven of their 19 home games have been won by that scoreline, so get on the 31/4 for a 2-1 victory.

A Look At Norwich’s Betting Odds

Norwich may be struggling to get wins on the board but they can usually be relied upon to score.

Despite the 2-0 defeat at Aston Villa, the Canaries had scored in their previous 12 matches. City still have an outside chance of a play-off spot so we expect them to come out all guns blazing.

That said, Town should prove too strong as they did earlier in the season. That makes the 31/10 on Huddersfield to win win and both teams to score a decent option.