Juventus set off in search of a seventh straight Serie A title by hosting poor travellers Cagliari at the newly-named Allianz Stadium and anything other than a routine home win would be a surprise.

The Old Lady prevailed 4-0 in the corresponding fixture last season, before securing a 2-0 success against the same opponents on the road in February.

We’re happy to split the difference on this occasion and take 21/4 for a 3-0 triumph in our Juventus vs Cagliari betting predictions.

Juventus were unusually sloppy at the back when going down 3-2 to Lazio after a frantic finish to the Italian Super Cup in Rome on Sunday.

After falling behind to a Ciro Immobile double, Paulo Dybala got Juve back in it with a brace of his own via an 85th-minute free-kick and a last-gasp penalty.

Those efforts proved in vain, though, as Alessandro Murgia struck for Lazio in injury time, turning in a cross from Romelu Lukaku’s brother Jordan.

However, Massimiliano Allegri will be keen to silence the critics who have questioned the decision to let defender Leonardo Bonucci join AC Milan and normal service should be resumed this weekend.

The hosts are expected to try and get on the front foot from the outset and 7/2 for a 2-0 half-time lead takes the eye from the Juventus vs Cagliari odds.

A Look At Cagliari’s Betting Odds

Cagliari made a competent return to Italy’s top flight last term, finishing in 11th place, a comfortable 15 points clear of the relegation zone.

The big plus point was their home form, though, with 11 of 13 wins coming at that venue, whereas no team in Serie A suffered more away defeats than their 14.

Massimo Rastelli has brought in a couple of promising young defenders, keeping Senna Miangue after a loan spell from Inter and paying out nearly £7million to Juve for Filippo Romagna.

It will be interesting to see how those two 20-year-olds develop, but we don’t think they will have an immediate impact on a defence which conceded 42 times on the road.

For those seeking a fairly quick pay-out, we’re including 7/4 for the hosts to score between 15:01 and 30:00 minutes in our Juventus vs Cagliari betting tips. 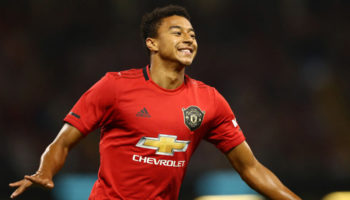