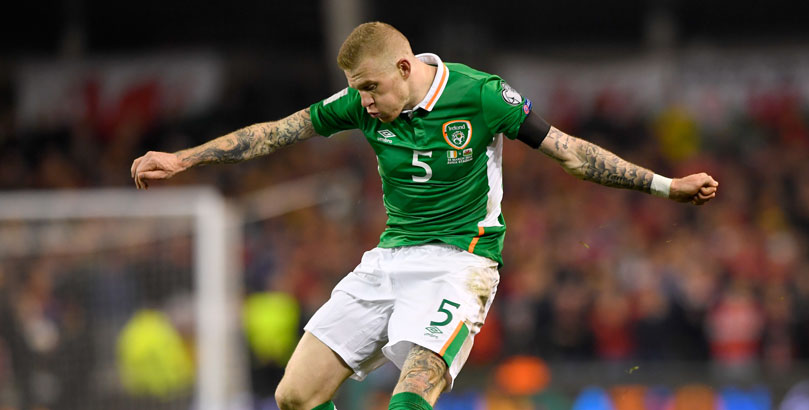 The Republic of Ireland have started well in their World Cup qualifying group and can take another big step forward on the Road to Russia by beating Austria in Dublin on Sunday evening.

James McClean scored the only goal when these sides met in Vienna last November and another tight tussle is on cards at the Aviva Stadium.

However, Martin O’Neill’s team are on a bit of a roll and appeal at 29/20 in our Republic of Ireland vs Austria betting tips.

McClean was also on the mark as Ireland warmed up for this game with a fine 3-1 defeat of Uruguay, with Jonathan Walters and Cyrus Christie bagging the other goals.

Derby defender Christie has done a fine job in filling the void left by Seamus Coleman’s injury and epitomises the spirit and togetherness in this squad.

With 11 points already gained, he said: “You look at the table and if we can win and get the three points on Sunday, it puts a bit of a gap between us and the others if the results go our way.

“That’s laying down a marker and that’s what we will go out there and look to do.”

The visitors are no mugs but we like 29/10 for the hosts to win by a one-goal margin from the Ireland vs Austria odds.

A Look At Austria’s Betting Odds

Austria cut the gap on joint-leaders Ireland to four points when they beat Moldova 2-0 at home in March, on the same day their opponents drew with Wales.

Marko Arnautovic came off the bench to score the first of two late goals but the Stoke star is suspended this weekend while Leipzig midfielder Marcel Sabitzer is a significant loss to injury.

Captain Marc Janko, experienced midfielder Martin Harnik, Louis Schaub and Valentino Lazaro have all been nursing knocks in training and even the return to fitness of Bayern Munich’s David Alaba may not be enough to swing things Austria’s way.

The visitors have only drawn a blank in one qualifier so far, though, so let’s take 9/1 for a correct score of 2-1 to the hosts as the last of our Ireland vs Austria predictions.