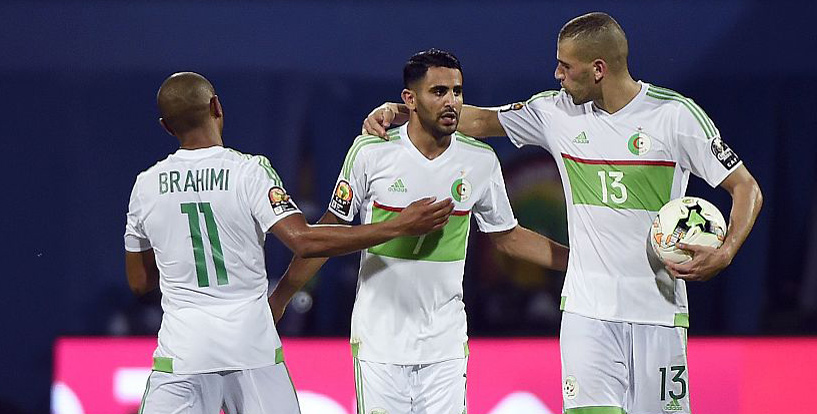 Senegal set the early pace in Group B of the African Cup of Nations by beating Tunisia, while Zimbabwe secured a surprise point against Algeria. Here’s our tips for the second round of games in this section:

The Desert Foxes will have finished their 2-2 draw against Zimbabwe with a mixture of relief at claiming a late equaliser and frustration at dropping two points after twice hitting the woodwork and missing other good openings. However, at least Algeria showed they are capable of creating chances when going forward and they get the nod to make amends here.

Islam Slimani to score at any time @ 7/4

Riyad Mahrez was Algeria’s hero in the draw with Zimbabwe when bagging a brace of goals but we’re going for Leicester team-mate Slimani to hit the back of the net against Tunisia. The striker really should have got off the mark for this tournament when heading weakly at goalkeeper Tatenda Mukuruva on Sunday but is expected to get more chances to make an impact.

The early stages of African Cup of Nations tournaments are usually littered with cagey performances as nervous teams seek to start off on a sound footing, but Senegal showed few signs of being jittery when seeing off Tunisia 2-0 on Sunday. Coach Aliou Cisse praised his players for their “ambition and hard work” and they should take care of Zimbabwe if staying fully focused.

Senegal were promoted to favourites for outright glory after beating Tunisia and they certainly caused the Eagles of Carthage all kinds of problems going forward. However, the Lions of Teranga looked far less convincing at the back and it would be no surprise to see plenty of goals when they take on an enthusiastic and energetic Zimbabwe outfit.

The £34m Liverpool star arrived in Gabon with big things expected of him and he showed he can handle the pressure by calmly slotting home an early penalty against Tunisia. With nine Premier League goals also to his name this season, it will be a surprise if we don’t hear plenty more about the lightening-quick livewire throughout the tournament.