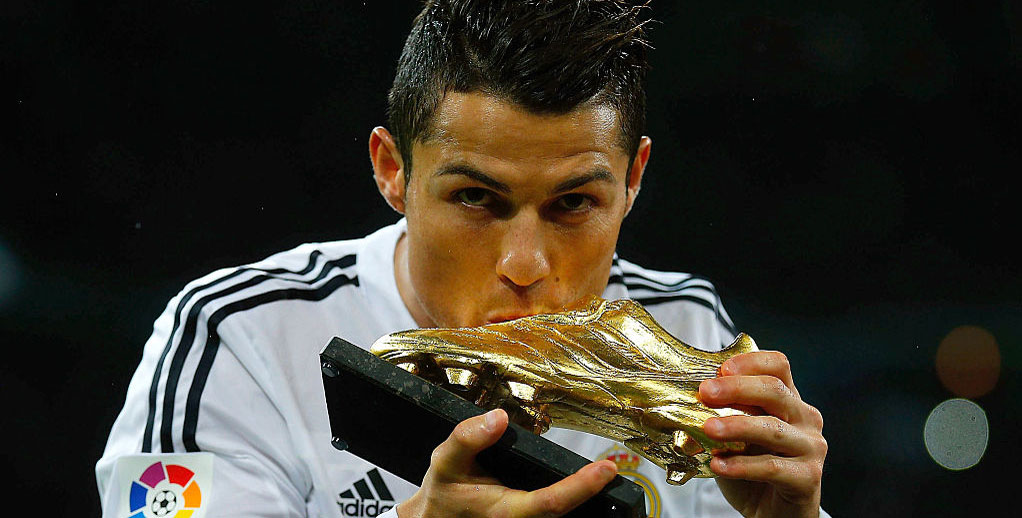 With Sergio Aguero banging in a hat-trick and Romelu Lukaku having picked up over the road at Manchester United where he left off at Everton last season, it’s safe to say that the race for the Premier League Golden Boot is already starting to get interesting.

Meanwhile Harry Kane has made another of his trademark slow starts to a season as he chases a hat-trick of consecutive top scorer accolades, but at what point will it be too late for him to close the gap? We’ve crunched the numbers to quantify exactly what Europe’s top marksmen need to do to top the scoring charts.

How many goals do you need to score?

Across four of the ‘big five’ leagues in the last decade, the average number of goals required to win the Golden Boot is pretty consistent: between 26 and 27, if the Bundesliga totals are scaled up to account for there being fewer matches. While Cristiano Ronaldo and Luis Suarez have both hit 31 during this period, Nicolas Anelka only needed 19 goals to outscore the rest of the division back in 2008/09.

It’s a different story in Spain, where the dominance of Real Madrid and Barcelona – specifically the number of thrashings they preside over – means that the bar is far higher. Only once in the last 10 seasons has the LaLiga top scorer finished with fewer than 30 goals and on two occasions a player has netted over 40 but finished second.

How long can you go without scoring?

Virtually half of all Golden Boot winners score in the first game of a new season, and by the fourth round of matches only around one in nine eventual top scorers haven’t gotten off the mark, so the chances are that if you haven’t scored by now then you’re unlikely to catch up.

You can withstand the occasional drought though, with six Golden Boot winners in the last decade having had at least one goalless spell lasting for six games or more. This list includes Luis Suarez in his 31-goal season at Liverpool in 2013/14, plus Zlatan Ibrahimovic’s farewell 38-goal haul at PSG before crossing the channel to rejoin Jose Mourinho at Old Trafford.

Is it better to start or finish strongly?

The good news for notorious slow starter Kane – besides the fact that he’s already got two successive Golden Boots to his name – is that a strong finish is far more indicative of a top scorer than a fast start. If you add up all the goals scored by the Golden Boot winners across the big five leagues in the last decade, their tally in the first five matches of their respective seasons is over 100 goals short of their total haul in the last five.

The last two weeks of the season are a particularly happy hunting ground for the game’s most prolific goalscorers, with the seven goals Kane netted in the final two games of last season being arguably the most powerful example.

How do you know if your season is on track?

For fans of the Premier League, the last chart in our graphic provides a handy guide that you can refer to at any point during the season to see whether an individual player is on track to top the scoring charts. It shows the average haul of the last 10 Golden Boot winners after each round of matches plus the highest and lowest individual tally, with 13 being the average tally at the halfway point of the season but anywhere between 10 and 19 goals being characteristic of an eventual top scorer after 19 rounds of matches.

AC Milan vs Udinese: Rossoneri can learn from Lazio setback
Man Utd vs Burton: Red Devils to be content with routine win
Author