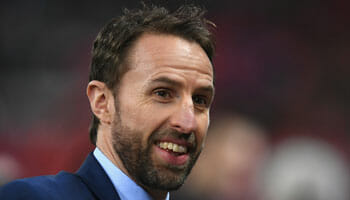 With the deadline for naming provisional World Cup squads fast approaching, Gareth Southgate will surely be scribbling down and crossing off names in search of the perfect combination for the plane to Russia.

To assist him in his deliberations, we’ve turned to the data and come up with a simple scoring system inspired by fantasy football.

English players are awarded points for goals, assists, clean sheets and saves in the Premier League this season, which are then scaled by the number of minutes they’ve played. We’ve also doubled points earned against the ‘big six’ clubs, as England will need to out-play superior opposition if they’re to progress deep in the tournament.

The graphic below shows how both a provisional 30-man England World Cup squad and the final 23 would look, both across the whole campaign and for 2018 matches only, with the latter enabling us to identify players who could carry good form into the summer.

It’s no wonder the debate over who should start in goal continues to rage. Jack Butland, Jordan Pickford and Nick Pope are almost inseparable with scores of 2.35 per 90 minutes, with Ben Foster trailing in their wake but unlikely to make the final cut. Joe Hart’s miserable season shows up in the data with a paltry 1.63, suggesting he shouldn’t even be anywhere near the provisional line-up.

Looking at 2018 matches only allows us to break the tie. Despite Stoke’s relegation the data suggests Butland should be given the nod by Southgate after some strong performances during their run-in, with West Brom’s Foster also finishing the season strongly as the Baggies almost escaped the drop. Pope’s scores have started to cool off, so perhaps his incredible save-rate that kept Burnley in so many games this season wasn’t sustainable.

Manchester United duo Phil Jones and Chris Smalling are two of the three top performers this season, along with John Stones of rivals City. There are some eyebrow-raising names below them in the list, however, with James Tomkins of Crystal Palace and the out-of-favour Gary Cahill showing up more strongly in the data than emerging stars like Harry Maguire and Alfie Mawson.

When we focus on 2018 matches only, Tomkins edges his way into the top three but Cahill plummets, although another veteran – Everton’s Phil Jagielka – has been rejuvenated under Sam Allardyce. One name we expected to see higher is Burnley’s James Tarkowski, but the Clarets’ lack of clean sheets against the ‘big six’ has cost him dear.

England look well-stocked at right-back even after the injury to Joe Gomez, with Kyle Walker and Kieran Trippier our best-scoring defenders. Trippier in particular has finished the season in red-hot form, so could even start on the right if Walker is asked to play in the central three again.

On the left, the data suggests Aaron Cresswell has done enough to merit a call-up, potentially at the expense of the disappointing Ryan Bertrand. As there will probably only be space for five full-backs on the plane, we’ve added in Fabian Delph ahead of the slightly higher-scoring Trent Alexander-Arnold given that a few of the others can play on the opposite flank.

Jordan Henderson is the standout central midfielder overall, but since the turn of the year Eric Dier and Jake Livermore have eclipsed him. Another outside name worthy of consideration for the England World Cup squad is Swansea’s Sam Clucas, who edges out Jack Wilshere overall, while James Milner and Jonjo Shelvey have been even further off the pace and should not be assured of consideration.

In the more attacking areas, Jesse Lingard has outperformed Dele Alli in our estimation, but both should be guaranteed choices for Southgate in light of Alex Oxlade-Chamberlain’s injury and the dearth of other options. While Ruben Loftus-Cheek is ending the season in good form, his contributions for Palace fall some way short of England’s more established attacking midfielders.

England are blessed with strong starters on the flanks, where Raheem Sterling and Marcus Rashford have shone, but choosing their deputies will be tricky. The data suggests that Bournemouth’s Junior Stanislas was the stand-out understudy and had actually been looking more impressive than Rashford in 2018, but his injury opens the door to far less stellar performers like Marc Albrighton.

The Cherries could yet secure representation via Jordon Ibe, who has also been making a strong case for selection since the turn of the year along with James Ward-Prowse of Southampton.

It will come as no surprise to see Harry Kane topping the rankings here, with Jamie Vardy his nearest challenger, whether you look across the whole season or just 2018, but again there are interesting choices lower down the pecking order.

The veteran Glenn Murray has led the line superbly for Brighton and is a far more convincing pick than Peter Crouch or Jermain Defoe should the England boss opt to select a more experienced head in his front line. The fourth striking spot appears destined for another Bournemouth player, with Callum Wilson impressing just as consistently as Murray this term.