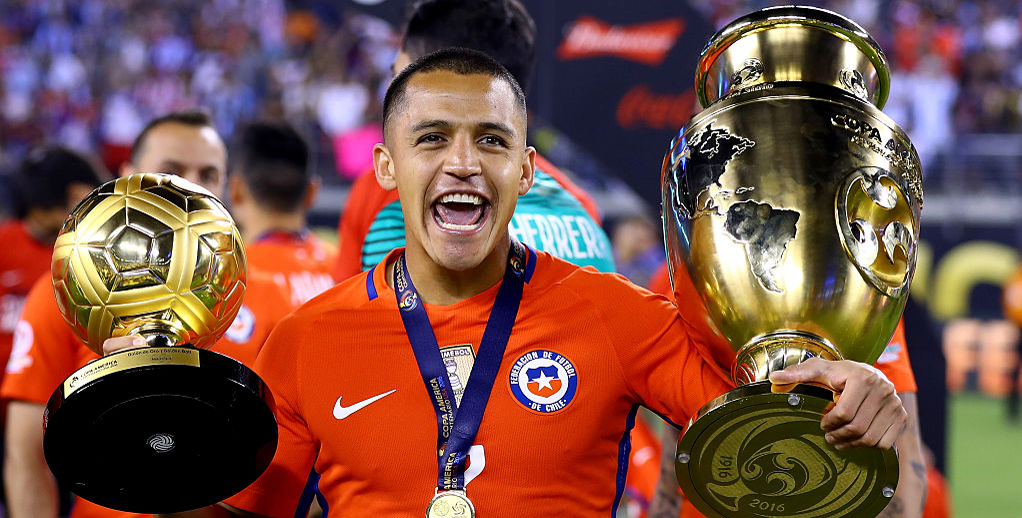 We’ve taken a look at the 2017 Confederations Cup winner odds and reckon Chile are a value bet at 3/1 to continue South America’s dominance of this event in Russia.

Brazil have prevailed at the last three renewals to make it four triumphs overall, while Argentina have also lifted the trophy to make it five wins out of nine for that region.

With the Selecao and La Albiceleste each being runners-up once as well, only two finals have not featured a Copa America champion and players from that continent feature heavily in our infographic on why the Confederations Cup is a springboard for success.

That proud record highlights the significance put on winning this event by South American nations, an attitude which is not always shared by European opponents.

Germany are rated poor favourites at 9/4, with Joachim Low opting to give star names such as Manuel Neuer, Mats Hummels, Mesut Ozil, Toni Kroos and Thomas Muller a summer holiday.

Group A teams with outright odds

Group B teams with outright odds

La Roja go into this competition on the back of two straight Copa America triumphs, beating Argentina on penalties in both finals.

They claimed a clean sweep of individual awards in the USA last summer, with Sanchez voted best player, Bravo named the top keeper and Eduardo Vargas leading the scoring charts, as he also did in 2015.

Vargas scored four of his seven goals in a 7-0 quarter-final rout of Mexico, who are one of the eight teams taking part in Russia.

Chile’s current form is solid enough, with a 3-1 defeat of Venezuela in March putting them in fourth place in World Cup qualifying, just a point behind Colombia in second and splitting Uruguay and Argentina.

Experience runs throughout this squad, with 11 players boasting more than a half-century of international caps, and they can benefit from a gentle introduction against Cameroon.

Upsets have occurred at this event, with Denmark successful in 1995 and Saudi Arabia, Australia, Japan, Cameroon and the USA reaching previous deciders.

However, Portugal have to be rated as the biggest threat to Chile, with Cristiano Ronaldo headlining a proven squad buoyed by their Euro 2016 triumph.

The Confederations Cup has been won by the reigning European champions on three occasions, with France adding a couple of triumphs in 2001 and 2003 to Denmark’s surprise success.

Bruno Alves, Pepe, Joao Moutinho and Nani are other established figures for Fernando Santos to call on, while Manchester City fans will be keen to see how new recruit Bernardo Silva fares after impressing for Monaco last season.

Group A appears to be the easier pool, adding to Portugal’s appeal at 5/2 in the Confederations Cup winner odds, but we’re still backing Chile to prove too hot for this field.

Norway vs Sweden: Visitors can continue winning run
Emmanuel Petit on the France national team and his prediction for the Champions League
Author