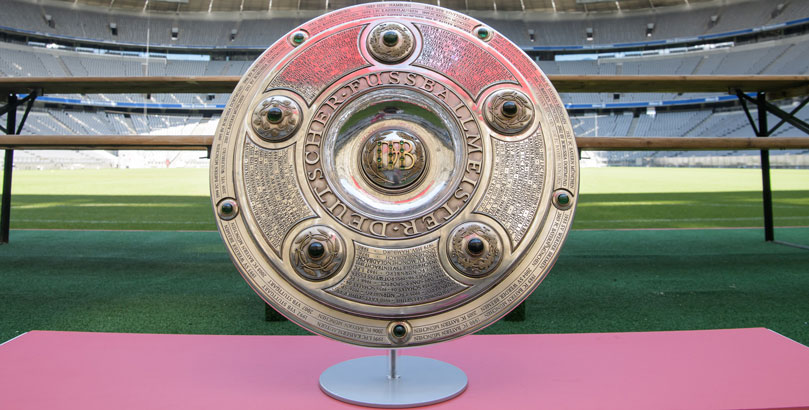 The Bundesliga is getting ready to resume after the German government confirmed the league can continue behind closed doors.

With nine rounds of the season remaining, bwin takes a look at the Bundesliga title winner odds with eight points separating the top five.

FC Hollywood hold a four-point lead over Borussia Dortmund as they look to secure an eighth successive Bundesliga title.

They have gone 11 games unbeaten – winning 10 of them – since losing at Borussia Monchengladbach, which was their second in a row after a 2-1 loss at Bayer Leverkusen.

Bayern face three of their title rivals in their last nine games, with trips to Dortmund and Bayer Leverkusen and a home clash with Borussia Monchengladbach.

Die Borussen have finished runners-up to Bayern Munich in three of the previous seven years since their last title triumph in 2011/12.

Lucien Favre’s side won seven of their last eight games in the league before its suspension, with their only loss coming in a 4-3 defeat at Bayer Leverkusen.

A home clash with Bayern and a trip to third-placed RB Leipzig are scheduled for Dortmund as they attempt to end Munich’s domination.

After posting finishes of second, sixth and third in their three seasons in the top-flight, Leipzig are again among the top teams in the Bundesliga.

They sit third, five points behind Bayern, after a run of just two wins in seven games before the break.

A home clash with Dortmund in their penultimate fixture is the only time they meet a top-seven side so their run-in is certainly a favourable one and could be worth a punt in our Bundesliga title odds.

It has been 43 years since five-time champions Monchengladbach were last Bundesliga title winners.

They came runners-up in 1977/78 and have since finished third on three occasions and their 2-1 home win over Cologne on March 11 was the last game played in the Bundesliga.

Lying in fourth, they are six points behind Bayern who they still have to play away with a home encounter with Bayer Leverkusen also included in their run-in.

Leverkusen have never been on the Bundesliga winners list but have finished runners-up on five occasions.

They are eight points adfit of Bayern in fifth place but had been beaten just once in nine games prior to the suspension, winning seven of them.

A home clash with Bayern, who they beat at the Allianz Arena in November, awaits them and they also have a trip to Monchengladbach.

Bundesliga title odds
Bet Type
Odds
Bayern to win
0/1
Dortmund to win
28/1
Leipzig to win
100/1
Moenchengladbach to win
1000/1
Leverkusen to win
1000/1
Competitive gaming is here to stay: do you know the top 5 esports?
Slutsk vs Energetik: Leaders to be dominant
Author