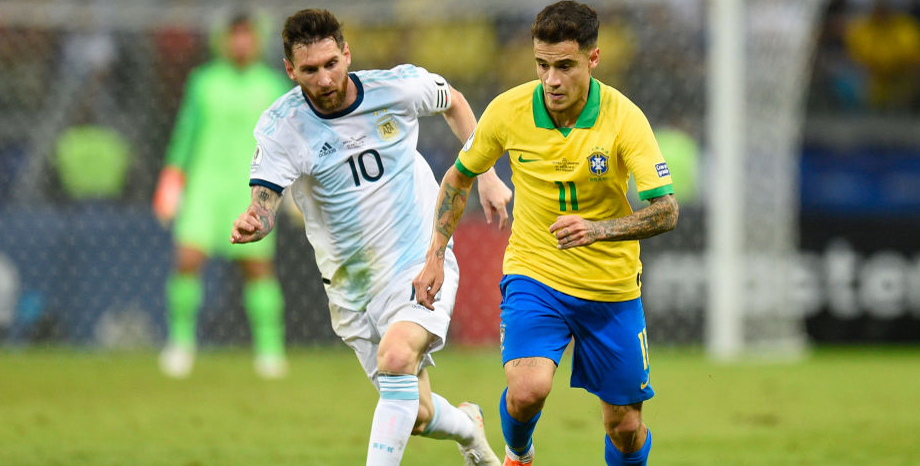 Argentina lost out to Brazil in this year’s Copa America semis but have won two of their last four Superclasico de las Americas meetings.

La Albiceleste head into the latest renewal of this fixture in good shape and could prove a value bet to come out on top again in Saudi Arabia on Friday evening.

The underdogs are 21/10 to prevail and that is tempting enough to be our initial Brazil vs Argentina prediction.

Brazil made the most of having home advantage to lift the Copa America trophy in July, beating their arch-rivals 2-0 at the last-four stage and then seeing off Peru 3-1 in the final.

However, Tite’s team subsequently appear to have been guilty of resting on their laurels in a winless run of four international friendlies.

In September, the Selecao drew 2-2 with Colombia in Miami and then went down 1-0 to Peru in Los Angeles.

Last month, they were held to 1-1 draws by Senegal and Nigeria in Singapore.

Neymar misses out on this trip due to a hamstring injury, while the absence of Dani Alves and Fernandinho may leave them more vulnerable at the back.

Brazil also have several players who could be feeling the effects of Sunday’s Premier League blockbuster between Liverpool and Manchester City.

Looking at the Brazil vs Argentina odds, we like 6/1 for Draw HT/Argentina FT.

A Look At Argentina’s Betting Odds

Argentina went on to edge out Chile 2-1 in the Copa America third-place play-off and have since done well in friendly fixtures.

After a goalless draw with La Roja in Los Angeles, La Albiceleste crushed an experienced Mexico side 4-0 in San Antonio.

Lionel Scaloni’s side came from behind to draw 2-2 with Germany in Dortmund and then romped to a 6-1 triumph over Ecuador in Spain.

The lack of a proven international goalkeeper is a concern, but Argentina’s attacking options look strong.

Lionel Messi is back from a three-month suspension he received for criticising tournament officials at the Copa America.

The 31-year-old is sure to be fired up for revenge here and is coming off a hat-trick for Barcelona against Celta Vigo on Saturday, which made it nine goals in seven outings for the Catalan giants.

Paulo Dybala scored the winner for Juventus versus AC Milan on Sunday, Lautaro Martinez has netted seven times in nine games for Inter Milan and Sergio Aguero has 13 goals this term for Manchester City.

Let’s finish off our Brazil vs Argentina betting tips by taking 9/2 for La Albiceleste to oblige and over 2.5 goals in the game.