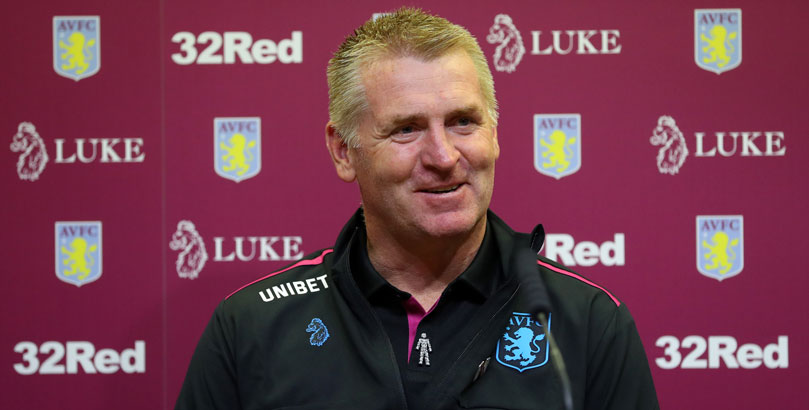 Aston Villa are looking for their first point back in the Premier League when they welcome Everton to Villa Park on Friday night.

Villa suffered a 3-1 defeat at Tottenham on the opening day before a 2-1 loss at home to Bournemouth, although they did show encouraging signs in both games.

With that in mind, a draw at 5/2 looks appealing in our initial Aston Villa vs Everton prediction.

Villa have learned just how tough the Premier League can be in their opening two fixtures.

They held their own for 70 minutes at the Tottenham Hotspur Stadium before losing and were then punished by the Cherries for a sloppy start.

Yet they responded well and it appears only a matter of time before they get some points on the board.

Captain Jack Grealish said: “It’s disappointing and – we’ve all said it (in the dressing room), the manager (Dean Smith) said it to us – we have to cut out the mistakes.

“That’s this league for you. When you make mistakes, you do get punished. As soon as we cut these mistakes out, I am sure we will be fine.”

The hosts may make a fast start before conceding, meaning a 1-1 draw at 25/4 is next in the Aston Villa vs Everton odds.

Defender Kortney Hause is available for Villa after shrugging off a hamstring injury.

Jonathan Kodjia has started jogging as he continues to recover from an ankle problem but this game will come too soon.

James Chester remains out with the hamstring injury he suffered during pre-season while Marvelous Nakamba is still not match fit.

Marco Silva has seen his side make a solid start to the season, following up a goalless draw at Crystal Palace with a 1-0 win over Watford.

New signings Moise Kean and Alex Iwobi have yet to break into the team, meaning Silva has plenty of options at his disposal.

“Now the next step is to do the same in the other box. We are creating chances, but now is the time for us to be more assertive.”

Richarlison has yet to find the net, missing a couple of chances, so 13/10 for him to break his duck anytime is added to our Aston Villa vs Everton betting tips.

Deadline-day arrival Alex Iwobi is still building up his match fitness but could again be on the bench.