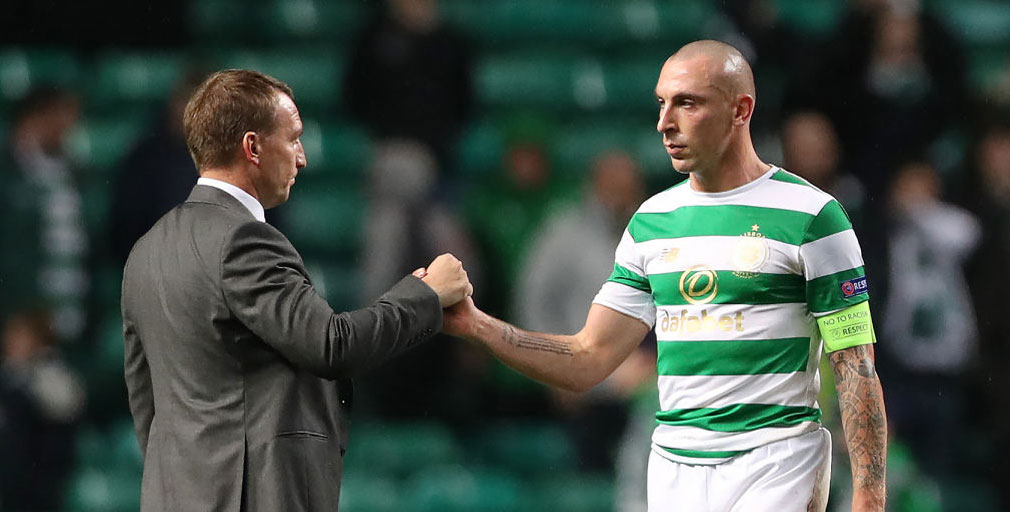 Celtic should wrap up third spot in their Champions League group by accounting for Anderlecht again in Glasgow.

In a pool dominated by PSG and Bayern Munich, the Hoops enjoyed a 3-0 success in Brussels to put them in pole position for a Europa League place.

The visitors have shown signs of improvement since that Matchday 2 clash, but we’re still snapping up 87/100 for a home win in our Celtic vs Anderlecht betting predictions.

After giving Bayern Munich a tough workout in a 2-1 loss at this venue, Celtic had the audacity to go ahead against PSG in Paris via a first-minute Moussa Dembele strike.

However, that just stung the French giants into action and the Hoops were eventually on the wrong end of a 7-1 hammering.

Brendan Rodgers moaned: “If you analyse the goals we gave away, they were disappointing goals from the first and second phases from corners and set-pieces. That was a disappointment for us.”

Celtic have since recovered to win the Scottish League Cup and beat Motherwell 5-1 in the SPL on Saturday, though, so they still look on track to stay in Europe’s second-tier competition.

Looking at the Celtic vs Anderlecht odds, 39/20 for the Hoops to lead at half-time and full-time will do for us.

We backed Anderlecht to at least end their Champions League scoring drought on Matchday 5 and collected on all three bets suggested ahead of that 2-1 defeat.

“We played a very good first half and created a few clear chances, and if any of them had been converted then we’d have been in a very different game,” commented midfielder Sven Kums.

“But we started the second period too flat and got punished. Maybe we used up too much energy before the break.”

Kums also admitted Anderlecht were caught in two minds over whether to attack or defend after equalising in that game, highlighting how a lack of big-match experience has affected them in this competition.

The unique atmosphere of Parkhead will present fresh problems here and the fear is that Anderlecht will freeze like rabbits caught in the headlights again.

However, the visitors have bagged plenty of goals in a fine run of Jupiler League results, picking up 16 points out of the last 18 available.

That tempts us into thinking this will be an open contest, so let’s finish off our Celtic vs Anderlecht betting tips by taking 7/5 for a home win and over 2.5 goals in the game.

Best bets for Celtic vs Anderlecht