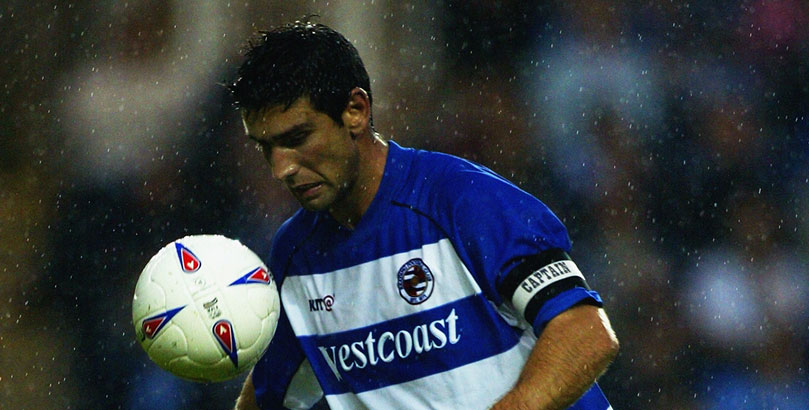 Ady Williams enjoyed a successful time at Reading during two spells with the club, while injury blighted his time at Wolves. In an exclusive interview, the former defender gives us his thoughts on the season so far for two of his old clubs.

“Back in the day, players were less athletic than they are nowadays. The players in this team now are incredibly athletic. I’d say there were much bigger characters back when I played, and you could get away with that then, not so much now.”

On developments at the club since you played…

“Everything has changed. Ownership has changed hands a few times in the last five years since [John] Madejski sold the club and we’ve got a new man at the helm with Jaap Stam.

“The worst word in sport is ‘transition’ but Reading are very much in a transitional phase. The club is in a good place financially but I would like to see the owners come out and give the fans and manager their vision and direction for the club moving forward.”

On a tough start to the season…

“We started the season at Loftus Road with 10 to 11 first-team players out injured. That continued for probably the first five, six weeks of the season. It’s been a slow start but in the circumstances it was always going to be difficult. Losing three to four first-team players is tough, let alone a whole first XI.”

Will Reading get promoted? BET HERE!

“Last year, there was a lot of talk around Jaap Stam, whether he can do it as a manager considering he was a world-class player, does he know the Championship, has he been to these grounds and so on. There were a lot of questions.

“Since he’s come in, we’re very much a possession-based team. Most weeks, Reading enjoy 60-70% possession. It doesn’t suit everybody but he finished third in his first season and almost got us to the Premier League. He’s got something about him, you’ve got to give him time and hopefully the results should come.”

On the upturn in form, currently unbeaten in five…

“I thought Cardiff deserved a point in midweek, they are a class outfit and look very good value for second in the league. Big players are starting to come back to full fitness, such as Yann Kermorgant. He’s 36 years old, had a hip operation at the start of the season and is slowly getting his way back in.

“[Jon Dadi] Bodvarsson is coming back to full fitness as well. We’ve scored eight goals in the last three games, more than any other club, I believe, so when you’re that potent in front of goal, you’re going to do well.

“We’re becoming more direct in recent games, which I like. The team will never be long-ball merchants, it’s not Jaap’s style, but we’re getting the end product. Someone will take a hiding from Reading sooner rather than later.”

On upcoming fixtures against Ipswich, Burton and a crunch tie at Bristol City…

“Ipswich are a bit like Reading, they’re inconsistent. That’s a tough game to call. The Burton game is the 500th game to be played at the Madejski Stadium, if Reading can get a good result against a team that’s struggling at the moment, it will set up the M4 derby against Bristol City on Boxing Day very nicely. Credit to Bristol City, they are a very decent side and they’ve had an amazing start to the season.”

On expectations for the season…

“Reading are a very strong Championship side. The squad we have is very good. We’re spending money so I’d like to think we can get into the play-offs. It’s not an unrealistic goal but the problem is the top six is currently full of very strong teams with big budgets. I think we’ll go on a decent run, which could take us to the top six.”

“We desperately need a striker, we’ve been crying out for a proper one for four years. Yann is good, but he’s 36 years old. Bodvarsson, he won’t bang in 20-25 goals a season. We’ve also had good strikers at the club; Shane Long, Kevin Doyle, Dave Kitson, some of them have come in for pennies.”

“The problem with strikers nowadays is they’re so expensive, even for a half decent one you’re paying £8-10million. If Shane Long is available on loan, I think we should snap him up. He’s in and out of the Southampton team. I still think he’s got a lot to offer and perhaps there’s a little chance of this happening.”

“It’s always difficult to keep this calibre of player. In January, you have to fend off clubs as well as strengthen your own team. Liam Moore has been outstanding since he’s arrived from Leicester. He’s physical, dominant in the air, loves doing the ugly side of defending but is also accomplished in playing the ball out from the back. I think he’ll do a job in the Premier League.

“I can’t believe that a Premier League team hasn’t come in and offered £10million for him and snapped him up. I’m looking at the likes of West Ham, Stoke, West Bromwich Albion and Palace as teams that are leaking goals a bit and could really use him.”

On the standout player for this season…

“Liam is certainly up there. I really like the skipper Paul McShane, he’s always reliable, a true leader and does the tough side of the game well. Chris Gunter plays about 300 games a season so it’s difficult to name one, but Liam Moore has been outstanding.”

On the performances so far this season…

“Reading have lost one game in eight, and it came to Wolves at the Madejski, so it just tells you how good they’ve been this season. They’ve got some wonderful players, big backing from the owners, and they’re without a doubt the best team in the Championship.

“The threat going forward, with the pace they attack with, is trouble for any team. They get the ball up to the strikers very quickly. Cardiff City and Wolves are the two best teams in the division and that’s displayed by the table. Sometimes you see teams up the top of the league and think how are they there, but nobody can have any qualms about the current group at the top, they’ve all been outstanding.

“It’s not a formality that they’ll win the league, but if they can add in the transfer window, then they’ll be well on their way to a return to the Premier League. Nuno [Espirito Santo] will be given the funds to add to his squad, as the board will want to ensure they stay top, so it’s a nice position to be in.”

On the performances of promoted club Huddersfield in the Premier League…

“David Wagner has been absolutely outstanding for Huddersfield since he’s come in. They deserved to beat Reading in the play-off final last season and they’ve shown that they deserve a place in the Premier League. They’re a complete breath of fresh air and best of luck to them.”

“The great thing about Sean is his ability to forget all the talk around him and keep on doing his job. The reason he’s not being considered for bigger jobs at the moment is because he’s currently in one.

“[Sam] Allardyce, [Alan] Pardew and [Roy] Hodgson were all out of a job, so it’s an easier conversation to have. The time will come and anyone who knows anything about football will know that Sean will get a lot of interest from top clubs, he won’t be overlooked much longer. He’s doing a brilliant job at Turf Moor, he wants to continue his work there.”

“I think Jurgen Klopp is great for the Premier League, so I don’t think they need to change manager. However, to be Liverpool manager, you’ve got to have something about you and Sean has that, Brendan Rodgers had something about him too.”

“Brendan is a good friend of mine and he’s an outstanding manager. He’s had to do it the hard way, having not played a single competitive game of football in his career, so it’s tough. I know a lot of players who have played under Brendan and they can’t speak highly enough of him. He’s a fantastic coach who loves putting his boots on and getting out on the training pitch with his players.”

1 Your selection
2 £10 back-up bet!
Min. deposit £10. If your bet loses we’ll give you an extra £10 free bet!
3 Sign up now!
Registration only takes 2 minutes, so register and place your bet now! T&Cs apply
Bet now! Log in
X
Real Madrid vs Gremio: Whites to win another Club World Cup final
Stoke vs West Brom: Potters and Baggies to settle for stalemate
Author